Inprocessing Day...And How a Cold Can Be a Blessing.

Today was finally the day-- Inprocessing Day.
We've been tooling around Colorado for five days now, getting used to the altitude with it's breathless exertions, headaches, dry skin and extreme temperature changes.
Love the mountains!

I hope to blog about the great time we've had, but I know a lot of family will be curious about how today went, and I want to show them the best that I can.

First, though, I would like to let you know that God saw fit to send me one of the worst five sinus colds I've ever had in my life.  As we rode in the car last Saturday, I thought to myself, "I actually feel relaxed!  Everything's done!  I forgot what relaxed feels like!"
Four hours later I felt the tickle in my throat.
"It's just the dry air."
(It was not the dry air.)
"It's the altitude."
(We were still in Nebraska.)

SO...all week in the mountains of Colorado,
I've been producing copious amounts of snot.
Which, combined with sunshine and dry air, has chapped my lower face and caused my eyes to puff to the point where I look like I've been crying....constantly...

Which brings me to the blessing part which was...all day long...throughout the whole inprocessing, people were patting me, telling me it was going to be ok, giving me stuffed animals (ok the stuffed animal went to Lily who really was crying), telling me congratulations...
to the point where I actually ended up crying relatively little!

It was awkward to say "I'm not crying; I have a cold."
So I just went with it.

Now you have the background.
There is one and only one photo of me where I am actually crying.
We'll have a contest to see who can tell.
(My mom is disqualified; she knows me too well.) 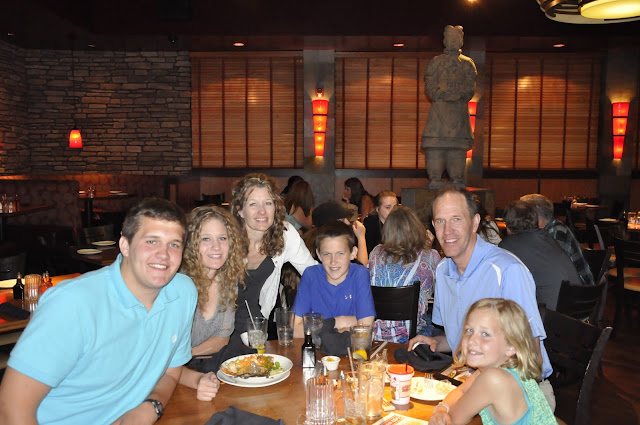 Here we are at PF Changs last night.
The Last Dinner. 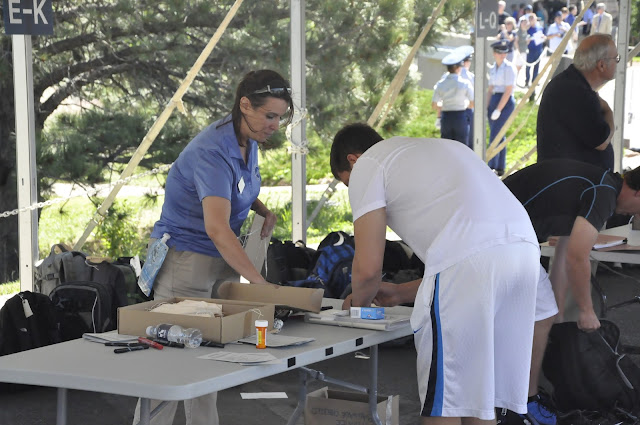 Signing more forms.
It was very difficult to know where to go until we realized that we should just follow the crowd.
That was the plan. 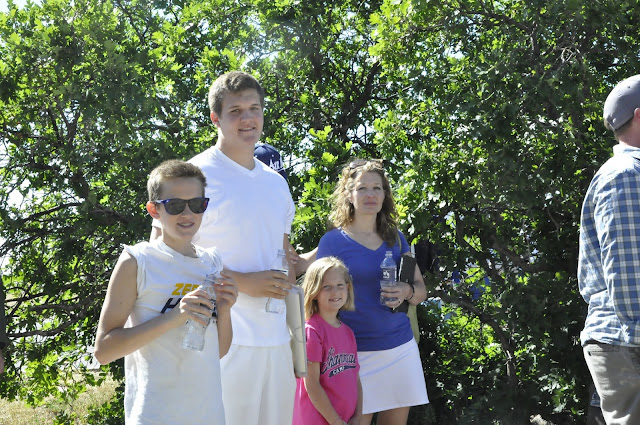 Waiting for the "Briefing."
This was right before a guy came up and started giving Lily and me gifts.
Nice guy.
Lily accepted the gifts but refused to smile...
she can really smell a rat, and I think this smile was her last for awhile. 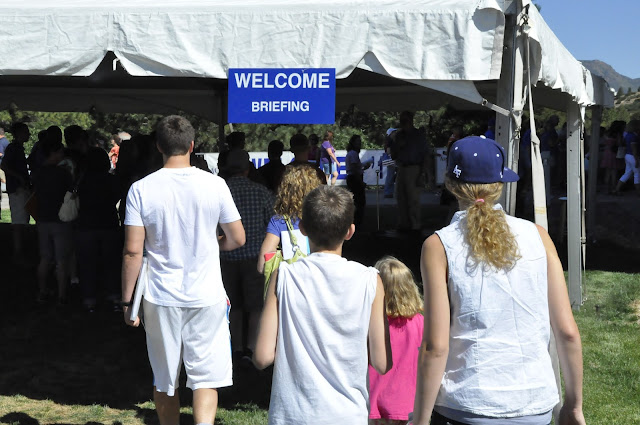 ...because the "briefing tent" was really the "goodbye tent."
Scoundrels.
They should call it what it is! 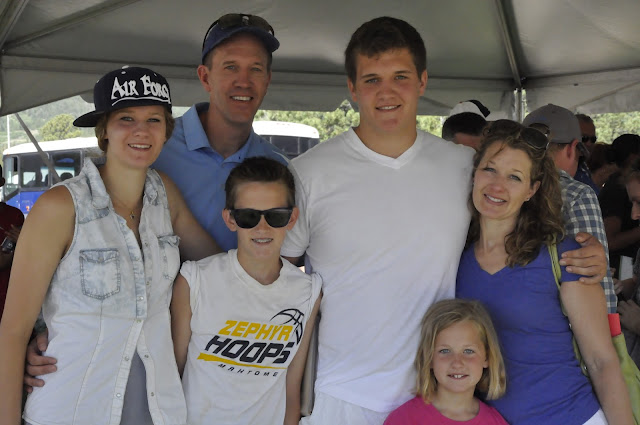 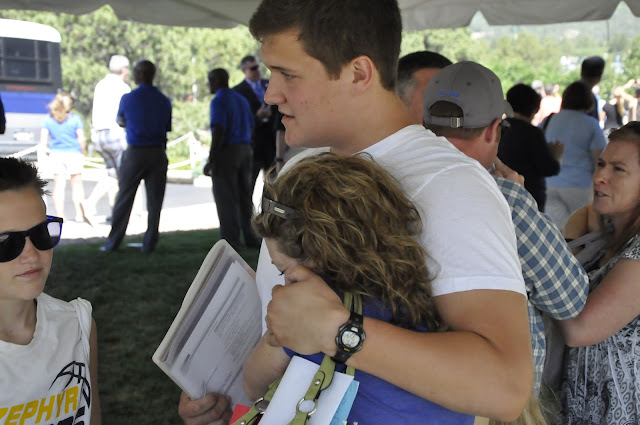 Hugs.
I just love it when he crushes me in his armpit like that....
it's very snuggly...
and makes me wonder that he was ever my little baby.... 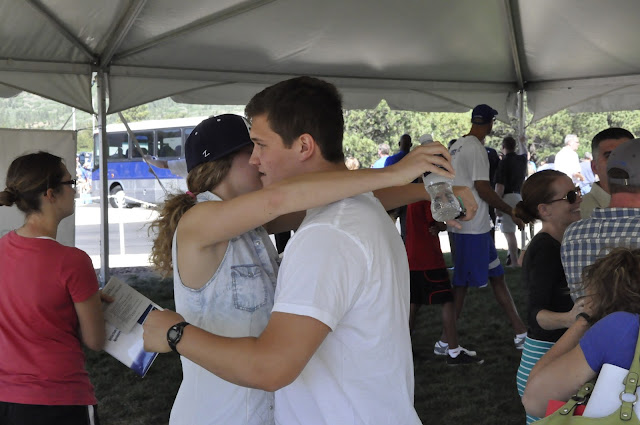 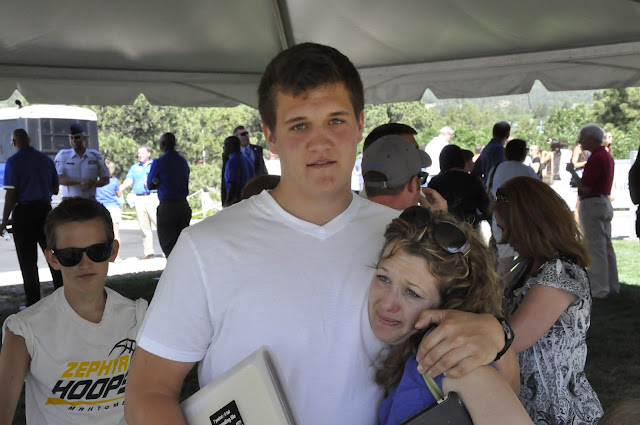 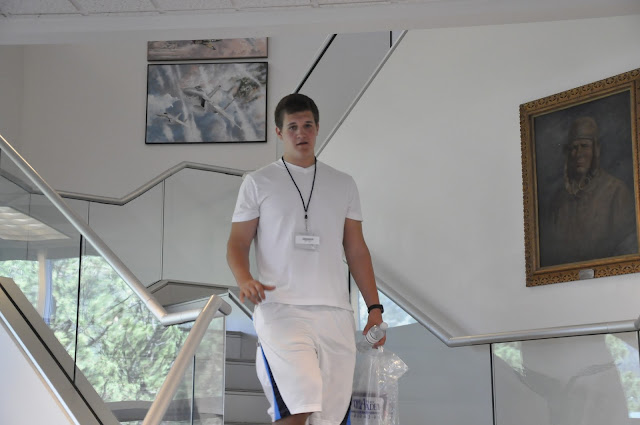 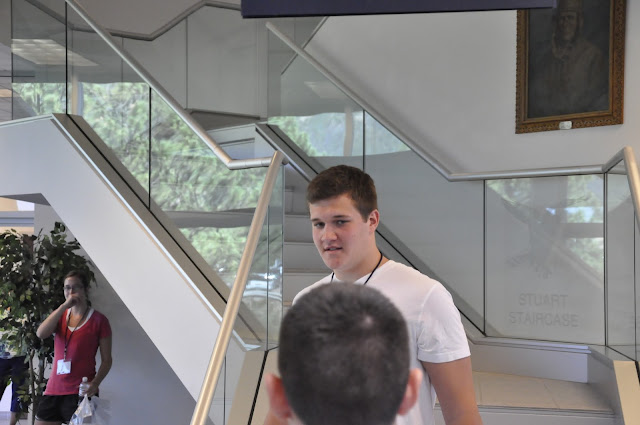 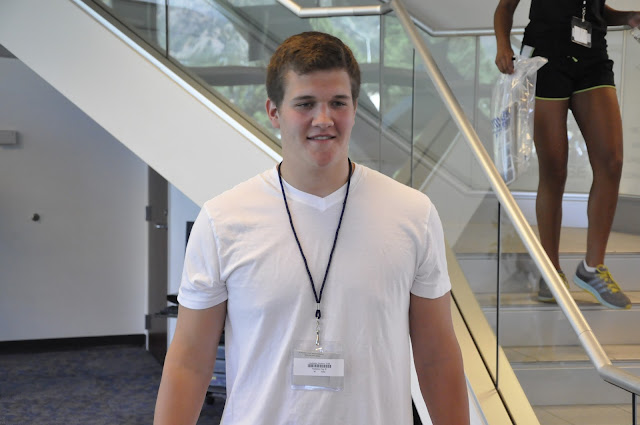 That bar code was soon scanned in, and... 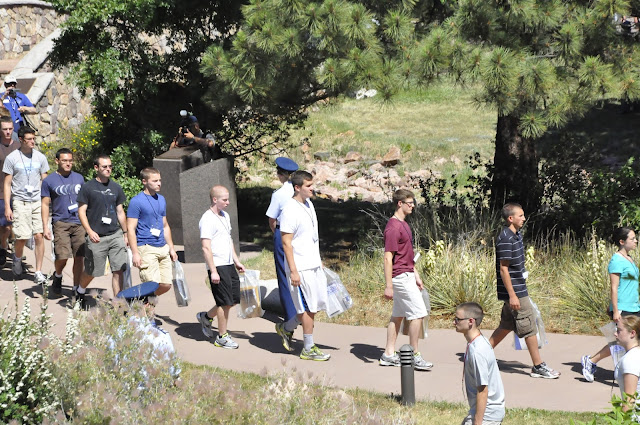 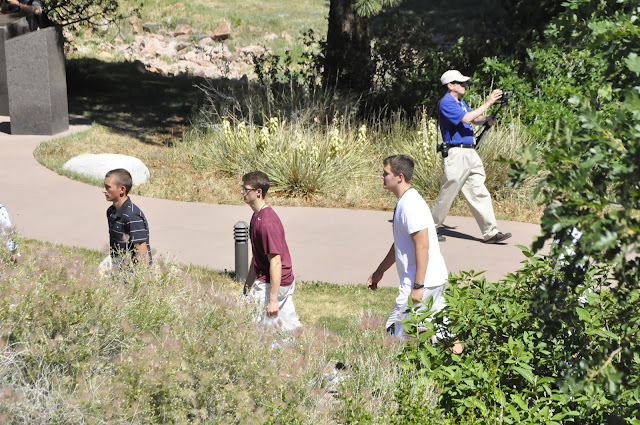 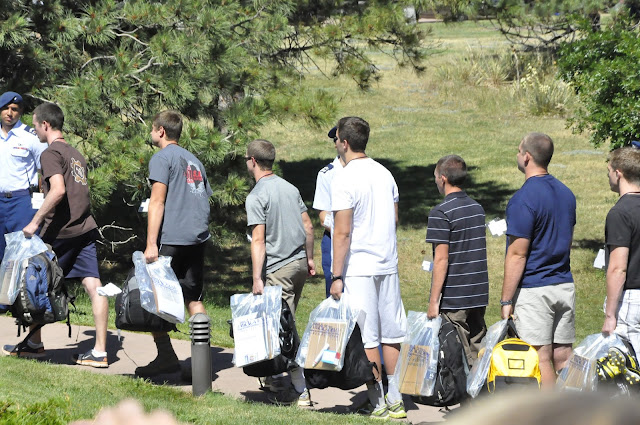 He didn't even glance at us.
But we know he knew we were there!
We are hard to miss! 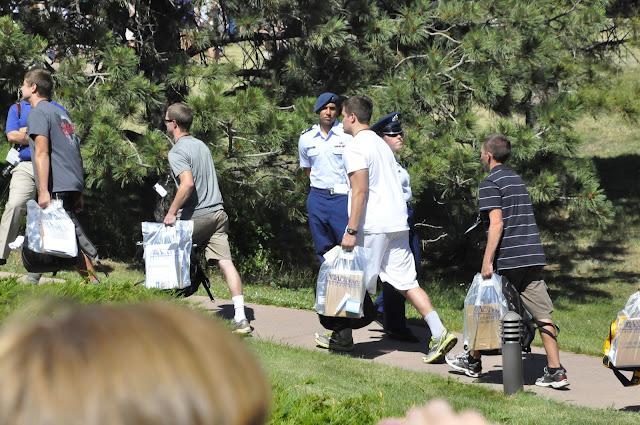 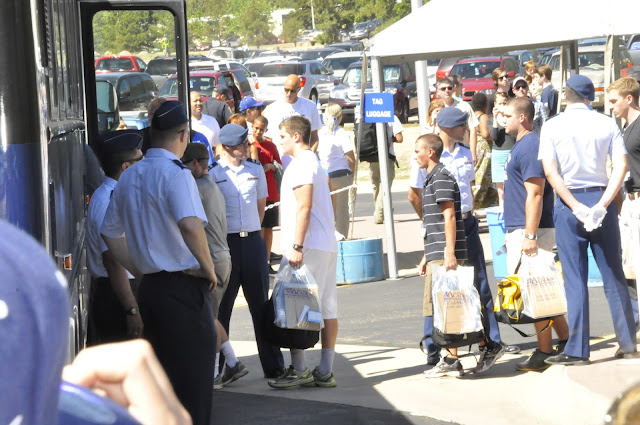 No turning back now! 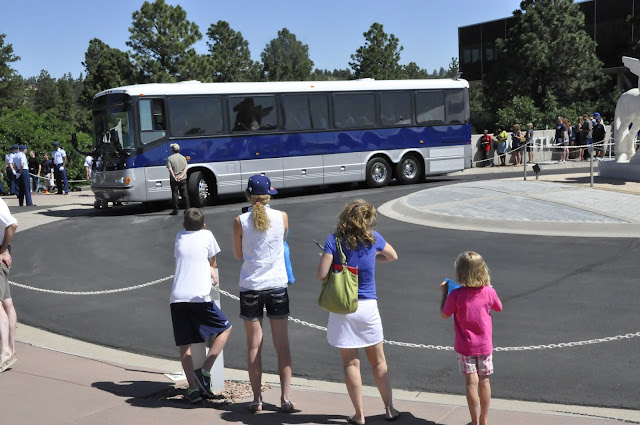 Of course we watched until the bus was full. 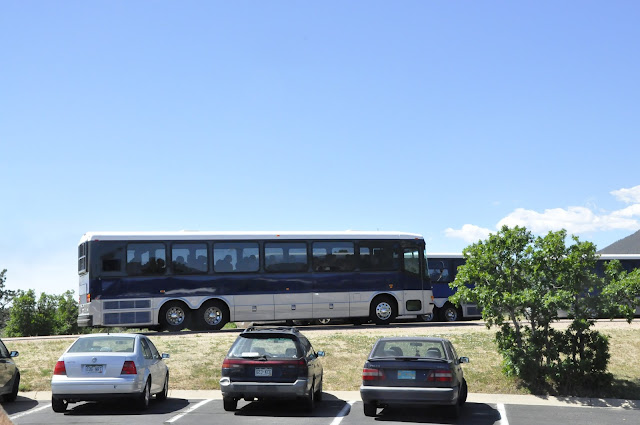 Then it drove away.

We are proud of you Zach.
Prayers and letters coming your way!

You are crying in "one more last"

P.S. Perhaps a Blog Title change for this post: "Trying to be Happy On the Way"

I cried at all the pictures. There are not as many songs about growing up with our kids and letting them go. Thankful for people to help me through it, praying for Zach with you and praying for you all!