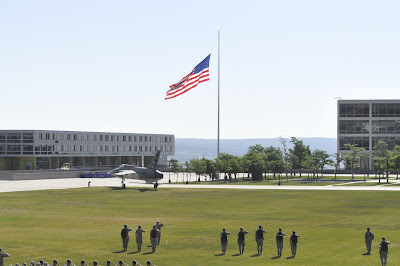 Tim and I got up early this morning, leaving the youngest three snoozing in the hotel room, to stake a spot on the chapel wall overlooking the large open field (I'm sure it has a name and I'm sure that name has initials in order to completely confuse the uneducated, but being an unitiated newby I'll just call it "the field" TF) at the Air Force Academy.  We sat and did our Bible studies from 6:30 am (yes, we got a good spot!) until the new basic cadet action started around 8:00.  We were quite far, but that didn't stop me from popping my eyes out of my head trying to locate Zach through my zoom lens of the camera.  Try as I did, I was unsuccessful.  However, once the oath taking ceremony (OTC--ok I'll stop now) began, we were blessed.  Zach's squadron, The Executioners, ( I was upset about the name until I heard some of the other names...Hellcats, Demons....then I was ok with it.) marched right to the place where we had supposed they would and had positioned ourselves.  Even better, he was in the front row which was critical, because you couldn't see anybody past the second row!  I felt so sorry for the mom next to me who wanted to see her son, but she couldn't make him out in the group.  I tried to help her, but even with my zoom lens was unsuccessful.

Anyway, it was easy to pick out Zach.  He's second from the right:  Love my ZOOM. 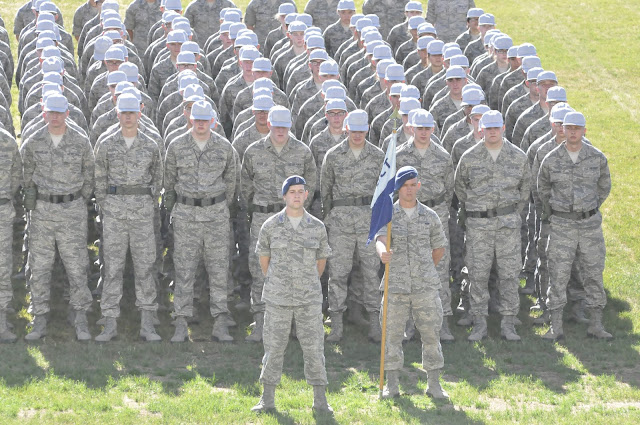 I was impressed with how well they marched.  It must have been intense to learn so quickly! 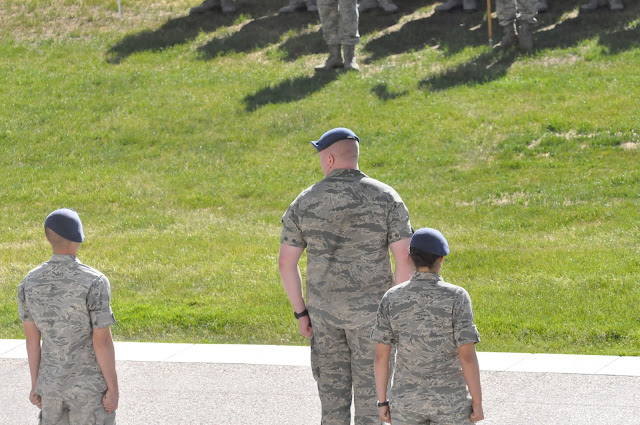 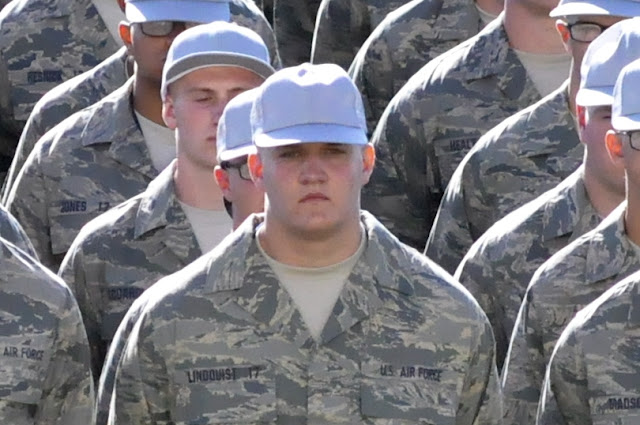 We couldn't begin to see him this well, but later this afternoon, I loaded the image on the computer and zoomed in, and this is what I got.
(Pretty good photography, if I do say so myself!)

Comment:  He does not look happy.
I'm going to dream of this face tonight.
It's hard, but we knew it would be.
But still. 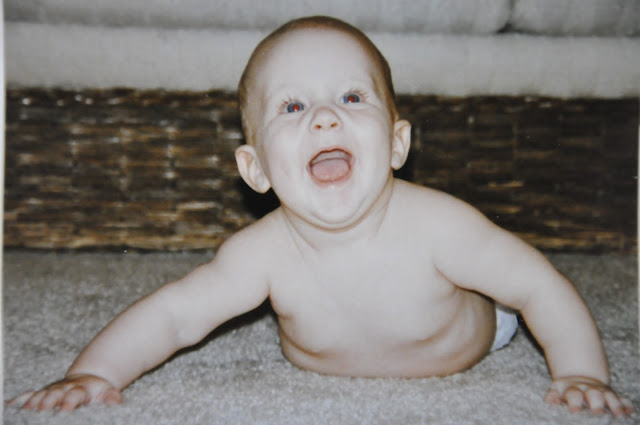