I just made a lasagna.  Not two lasagnas, not a double size lasagna.  Just one little bitty regular old lasagna.  (But it made just as big a MESS as when I make a "normal" batch for my normal size family of seven big eaters who now live all over the WORLD.)  What is normal anymore? There are only four of us home now--it's the first day with only four.  One regular lasagna will be enough.  Stupid little lasagna.
Posted by Suzanne at 4:54 PM 2 comments: 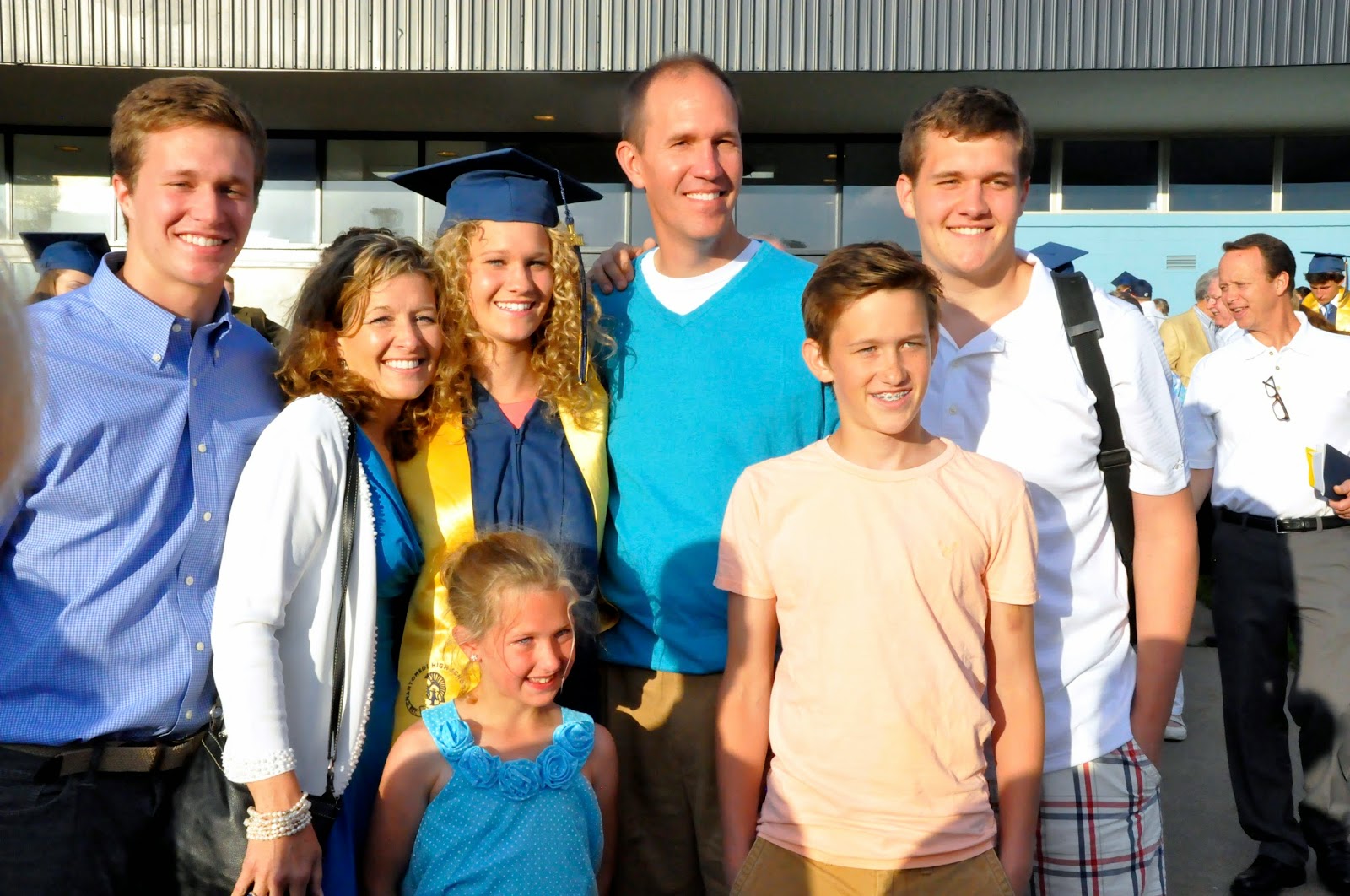 I feel like I should introduce myself.  It's been so long since I've blogged that I think that is appropriate. My name is Suzanne, and I'm the mom looking sort of gal in the white sweater.  My husband Tim (in the aqua sweater which he has now thrown away because it isn't "his style") and I have five beloved children.  I am pretty sure this is the last family picture we have taken together.  It was at my third child Katie's high school graduation last spring, and I think it's a decent picture despite a solid case of nobody knowing which camera to look at.  How do the Star Couples on the Red Carpet do it?  Do they plan out which direction they are going to look?  Do they talk it out beforehand?  Is it just a symbiotic thing that happens with practice?  We could use some tips.

The point of putting this picture up here is to point out that THE DAY has come.  The day has come that I have long long dreaded.  We had the three oldest children in under three years, and it seemed that people began remarking almost as soon as the third one arrived:  "Just wait until they are all three adolescents!" or "What are you going to do when they all need braces?" or "How are you going to pay for all three in college at once?"

But what nestled in my heart even back then, like an uncomfortable burr that imbeds itself on your sleeve long after the hike is over was, "How am I going to let the three of them go?  They'll leave as quickly as they came.  I will have to say goodbye to all three in only three short years!"

And that has happened.  Today.  From Five to Two.  It's not funny and there's no humor to be found, and that in and of itself says a lot.  I can't even find joy in my reduced laundry pile.   I have nothing to say, except I'm grateful to God for the chance to be their mom.

Tomorrow my daughter leaves.  It's hard to get my mind around it, to comprehend the hole she will create by taking herself across oceans and continents to a place I've never seen, to live with people I've never met, to become somebody I can't imagine.  I'm so proud of her and so nervous for her that my brain can't cope with the contradiction, and I just walk around feeling muddled and numb.  But she's going.  The ticket is there on the counter, and the passport is in it's place on top of her brand new suitcases.  The suitcases are a lovely teal color, and as she stood holding one of them yesterday I realized they match her eyes.  They are new and unscuffed now, and she's anxious to keep them that way, but I just smile and tell her that they'll get beat up and dirty long before the months wear out, and that's ok.  It's what luggage is made for…adventures.  Let the journey begin. 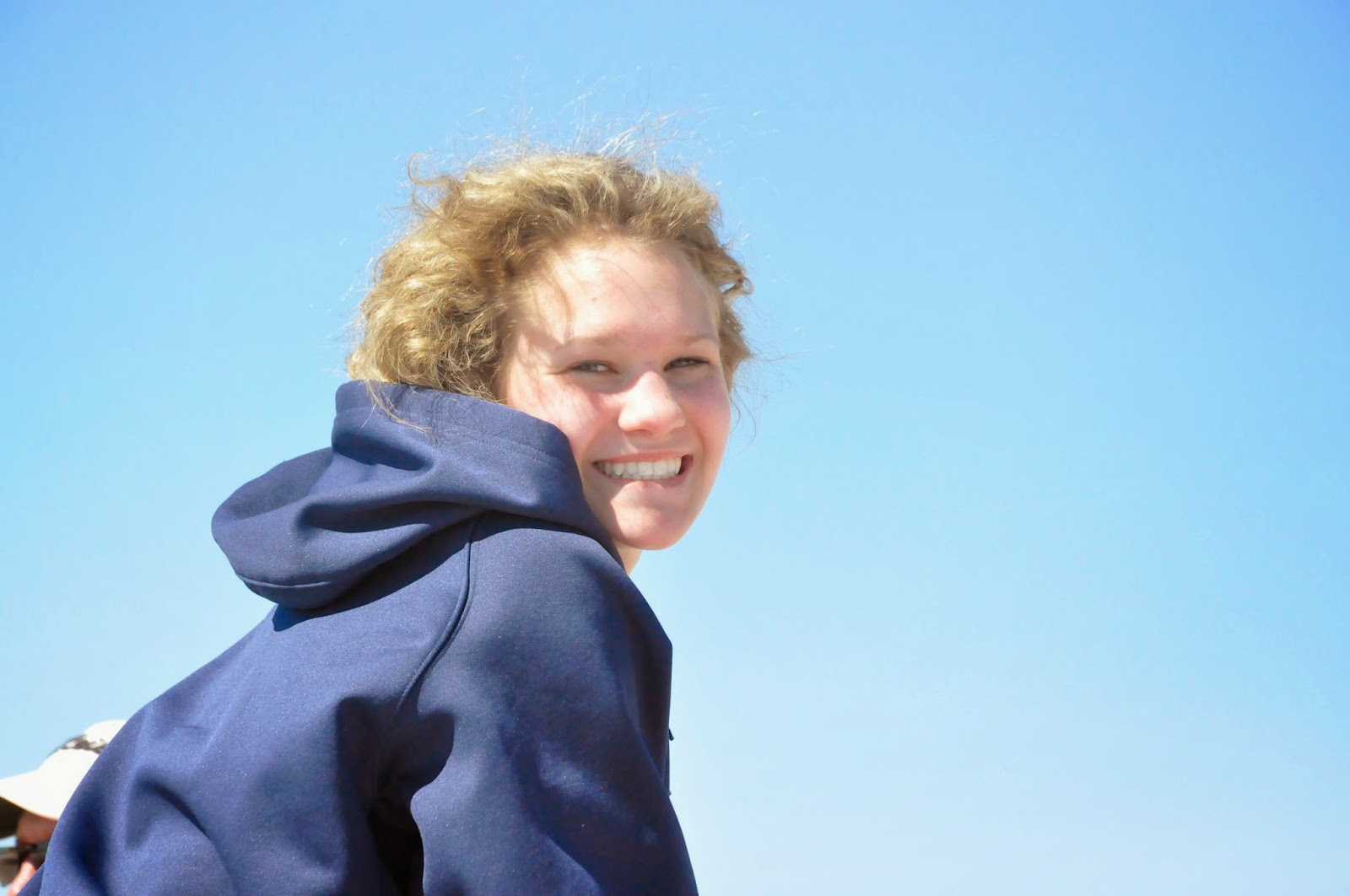 We love you sweet girl.
Posted by Suzanne at 10:37 PM No comments: