Raise your hand if you are sick of me blogging about Disney?  I see you!  I agree!  As fun as it was, blogging it is bogging (ha ha) me down!  Just so you can know that the end is in sight, there will be TWO more posts on Disney after this and then...it's one for the history books.  Because believe it or not...life has continued on for us...quite rapidly as a matter of fact!  So!

Back in my day, we gave things we liked a "two thumbs up."  No more.  Now they do this "v" thing...I think it stands for victory, but whatever it stands for, it seems to fulfill many purposes for the younger set: 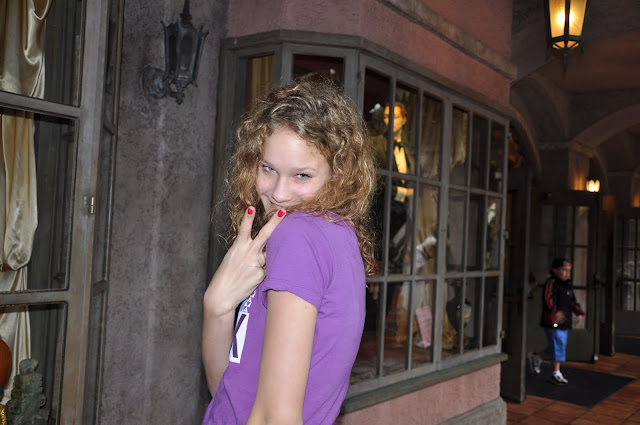 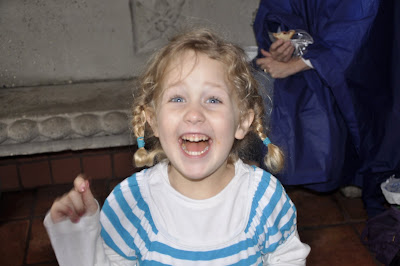 THIS needs no "V!"
I think Katie took this because that's me eating a squished pb&j in the background.
Do you think she LOVED Tower of Terror???
She was higher than a kite. 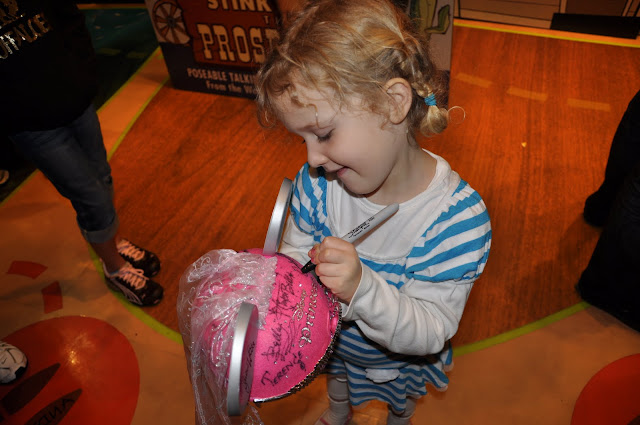 The day at Holleywood Studios was another monsoon, but we found some dry spots for Lily to practice HER signature in preparation for her future career as a Disney princess. 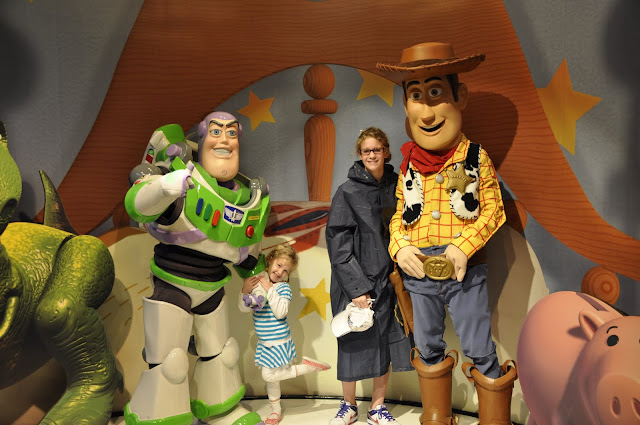 We met a lot of characters, but only BUZZ got the TOE POP from Lily.
She knows what she likes...and I guess it's the buff, plastic sort. 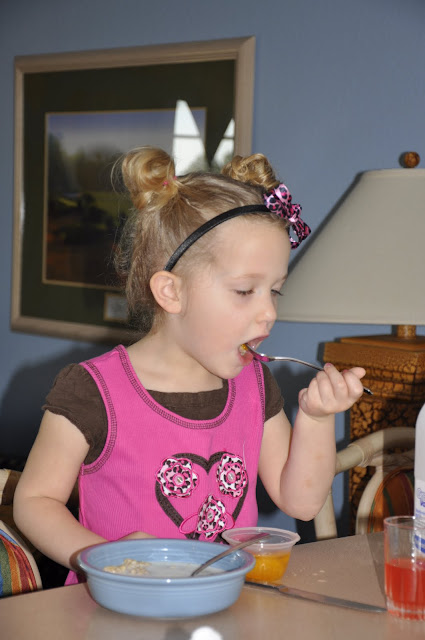 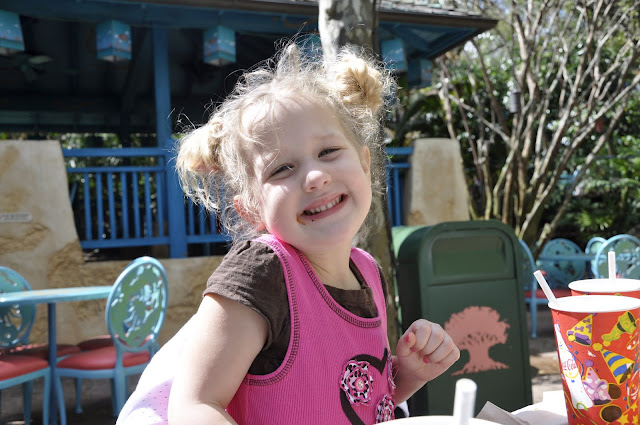 WELL..maybe it's because we finally had SUNSHINE!  We were at a park...and we were dry!
It revolutionized things! 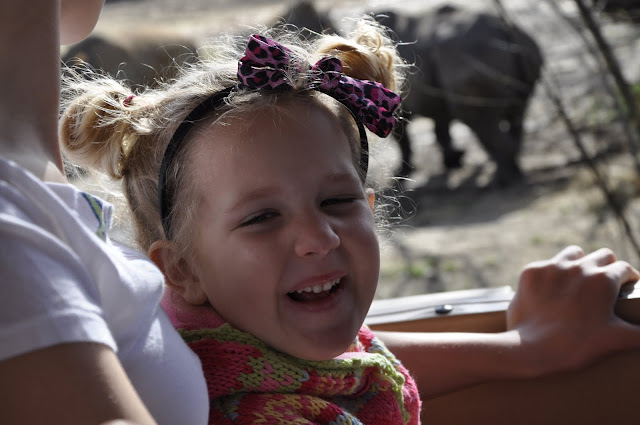 See the early morning light on this picture of the Animal Kingdom Safari?
FIRST ON!  YES!
Granted we had to jog past a hundred people or so...
and I'm sure those babies we ran into the ditch are just fine...
and my Mom will quit laughing at me one of these days...
She thought I'd lost my mind...but the first safari ride of the day was AMAZING!
We saw ALL the animals and didn't have to wait in line at all.
I knew she'd thank me later...
if she could catch up to me... 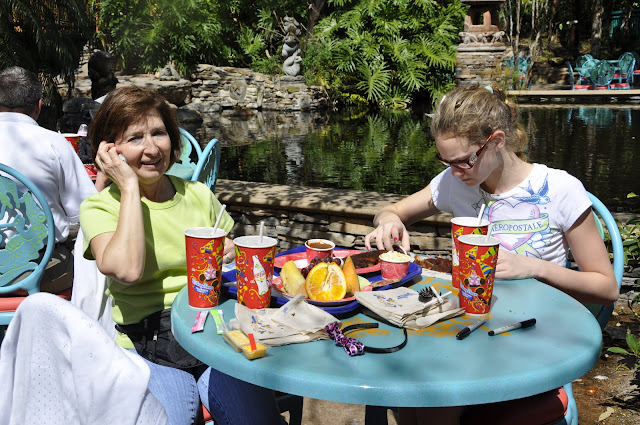 Fueling up!
All that running made us HUNGRY...this barbeque was an ambush!
They make it smell better than they have to.
It's Disney. 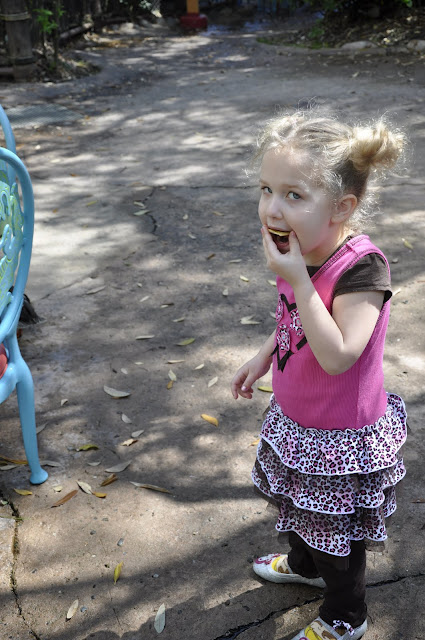 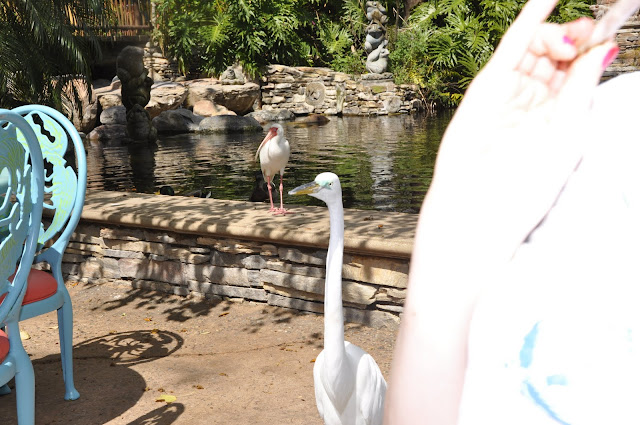 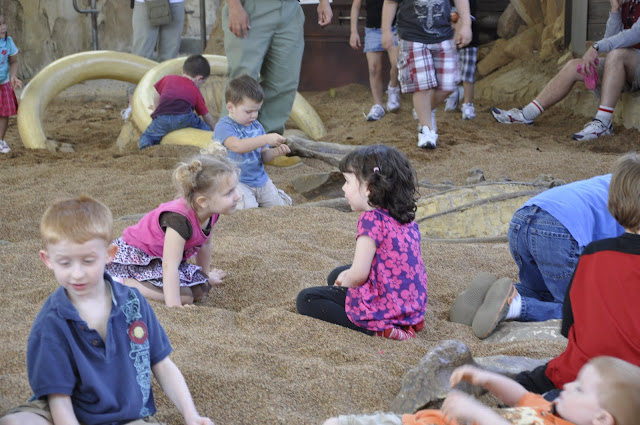 While Katie and Grandma rode the Mousetrap/Dinosaur ride (tee hee...I hate that one...)
Lily and I played in the sandbox.
This girl's name was Katie Elizabeth...a coincidence that Lily Elizabeth still can't get over.
They are now Best Friends Forever, Sworn Sisters of the Sandbox, and plan to take a backpacking trip through Europe in 14 years.
Lily will tell you all about her if you ask. 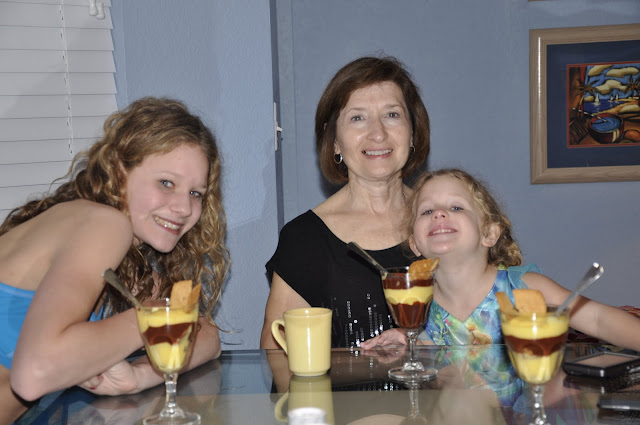 Katie Grace made us pudding parfaits that night.
Oh the joys of having a kitchen.
Don't leave home without it! 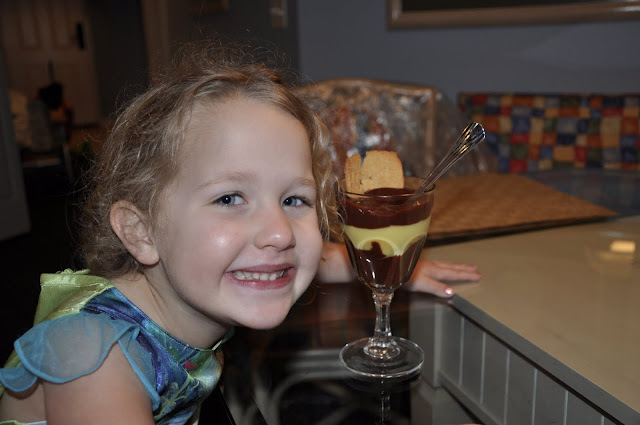 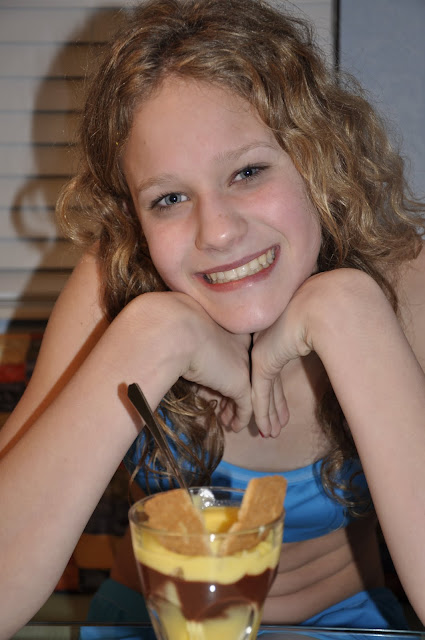 You've already read about our day at the beach.... 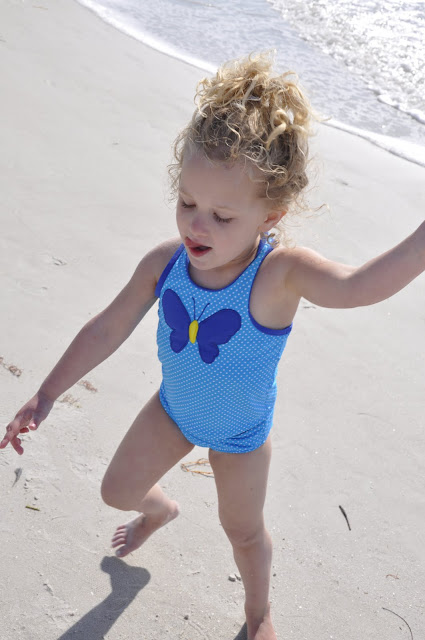 but what you don't know, is after that LONG day in the sun... 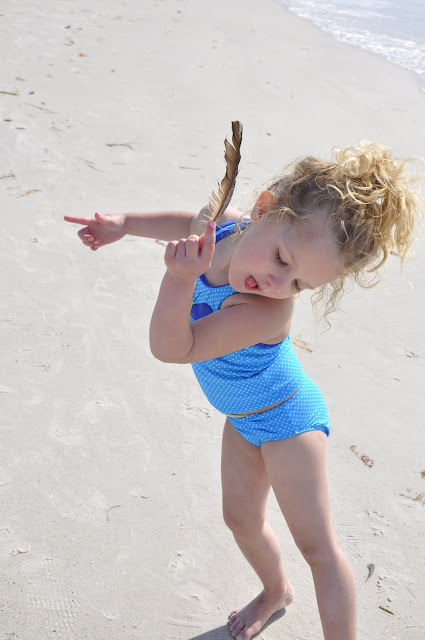 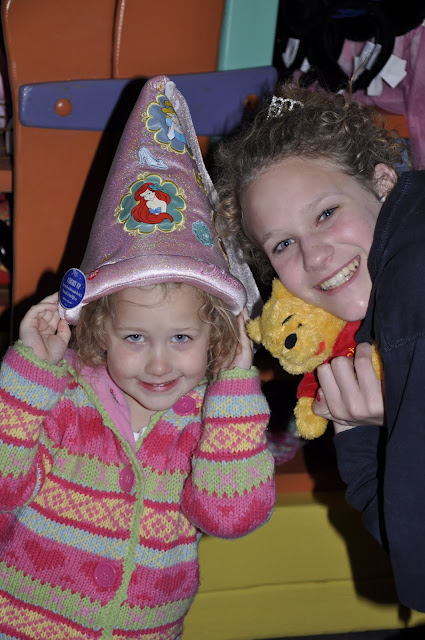 We drug our weary, sunburned bodies to MAGIC KINGDOM at night!!! 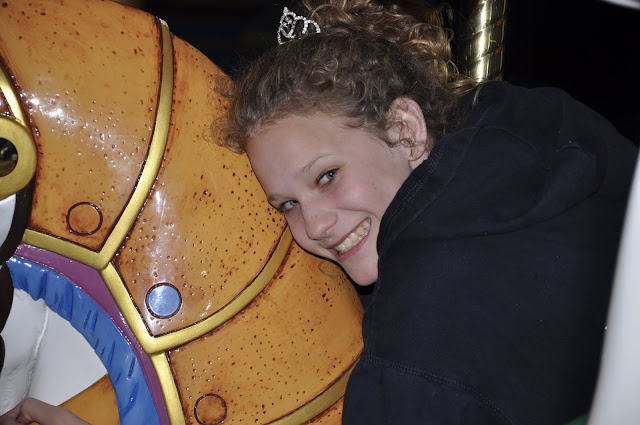 It was a slaphappy, sort of surreal experience.... 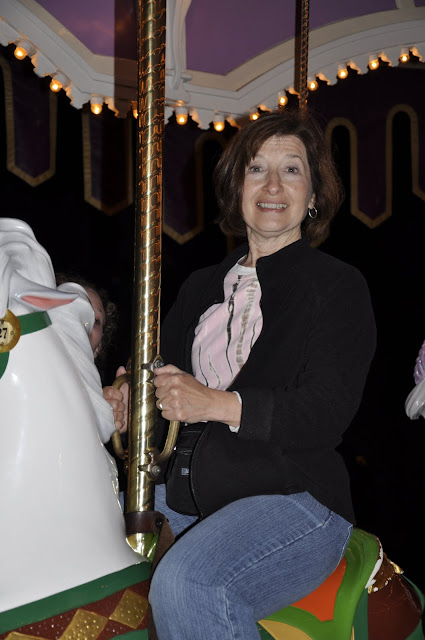 See what I mean?
She's contemplating putting her oldest daughter in a psychiatric help clinic for
Disney Overachievers with Theme Park Addiction Issues. 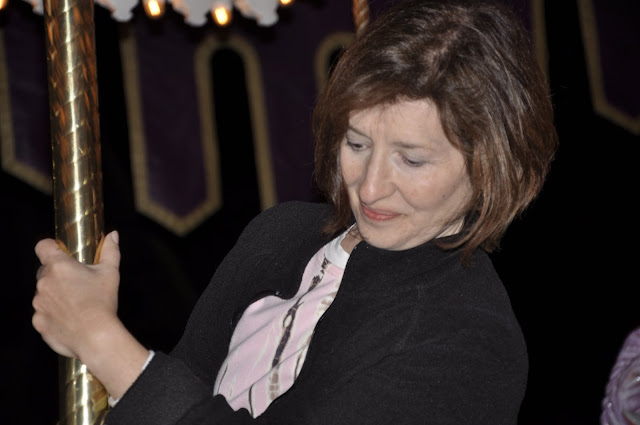 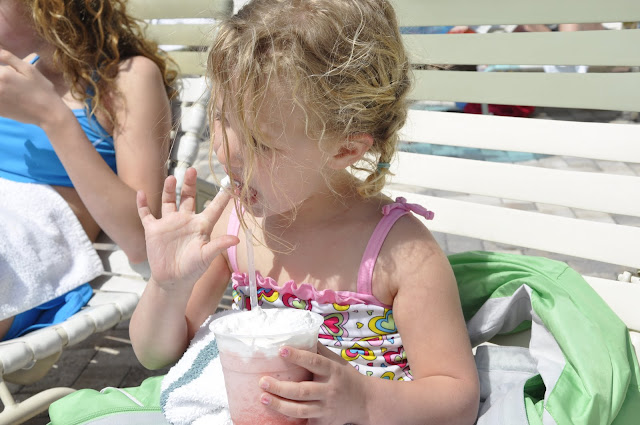 Here is Lily, the next day, enjoying her first and last poolside dacquiri! 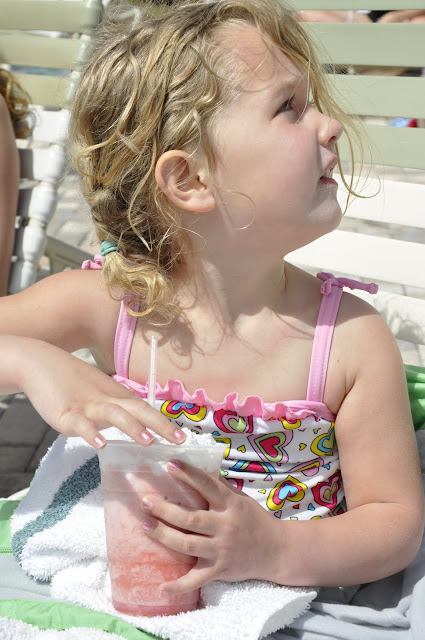 "I'll have THREE MORE PLEASE...THANK YOU." 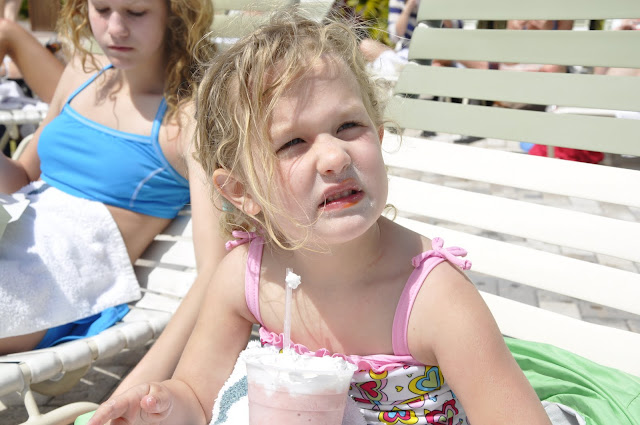 "What???  I only get ONE?
They're only five dollars each!
I can't BELIEVE you'd cut me off!
I'm going to go play the limbo!"
(Pictures of that on second to last Disney post tomorrow...
let's just say she's still getting the concept!)
Posted by Suzanne at 11:15 AM

I don't think I could ever get sick of you blogging about Disney. Because a. I love reading your blog. You are such a wonderful writer! and b. I love Disney! Reading your posts makes me reminiscent of our trip last year (we had rain everyday we went to the parks) and is making me wish we were going again soon!

Someday, I am going to remember what a trooper your Mother is! Can't believe you went back to Magic Kingdom!! I want to be a cheerful participating Grandma like that!!