I tend to "photo-blog."  I take pictures.  I post the pictures and tell you about them, all the while recording the memory for myself and my children and maybe stirring a chuckle or a tear or a pondering moment in the process.  So how shall I blog about what happened to Lily on April 3rd?  There are no pictures of the event or the couple of days that followed it, but I've gone back and taken some shots which I hope will relate a portion of the whole drama with a bit of humor thrown in...


It was the Saturday between Good Friday and Easter Sunday. 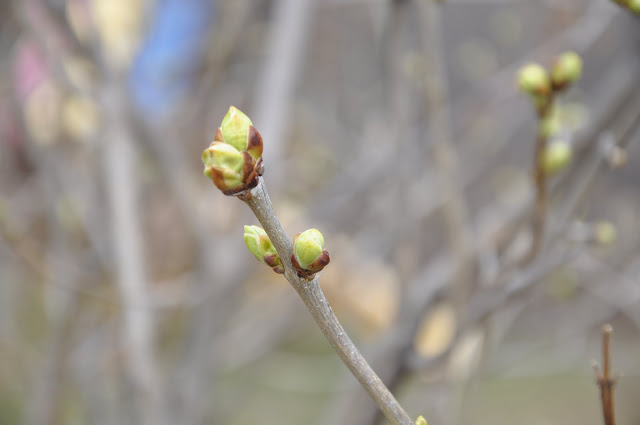 Leaves were budding.
I actually did take this picture that very morning
Things like this used to excite me.
Ok ok ok...they still do...

FIVE DOZEN..no SIX DOZEN Easter eggs were boiling on the stove.
Tim was doing odd jobs plus the never ending spring garage organizing.
I was getting ready to dig out the Easter baskets from the storage room.  Just as I was pulling my tangled hair back from my face and trying to figure out when a shower was going to fit into what little remained of my morning, the front door burst open and Lily came in screaming and holding the back of her head...
(The last thing you do at this point is grab a camera.  Even if you are a blogger.)
After getting her ice, watching her screams turn to lethargy, running to find Tim, finding Tim, coming back to the living room to find her asleep and unarousable on the floor and having the adreneline pumping experience of holding my in and out of consiousness 4 year old in the back seat while my 16 year old drove through "mall traffic" to get the the hospital (this is where I get the award folks),  running her myself into the exam room, standing by her side while she lay utterly still, arms crossed on her chest for the CAT scan (that's where it all got surreal) and then spending the quiet dark hours of the afternoon with Tim watching her sleep...
after all of that...
I began to notice a few things... 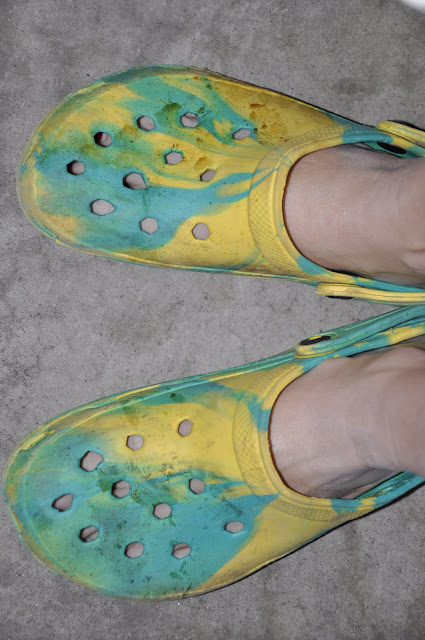 At one point in the afternoon I looked down... to see this!
These fashion icons had THREE ...no FOUR things going for them: 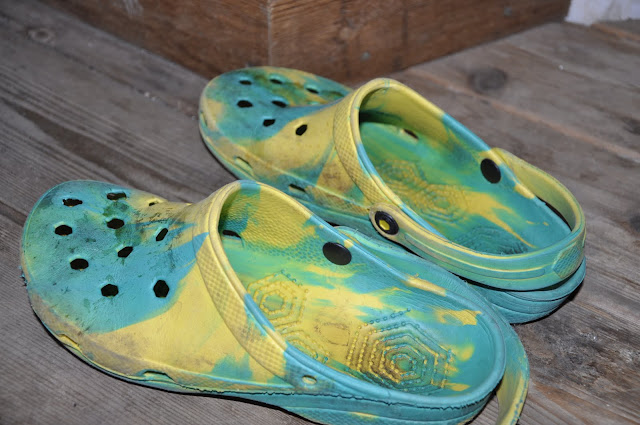 1.  They were shoes.
2.  They were bright and showed up well in my peripheral vision as I was carrying Lily in my arms to the car.
3.  They were slip on.
4.  There were TWO (NOT a given in our garage!!!).  And I have two feet!!!
Perfect.
Of course they stuck out a tad in the sterile emergency room, though.  And they clashed with the (ahem) aqua sweatpants I had on.  Hey!  You don't plan for this to happen!  I was CLEANING remember!
Then, a little while later, I was brushing the damp hair back from Lily's forehead as she slept and as we awaited the results from the CAT scan and I noticed a... 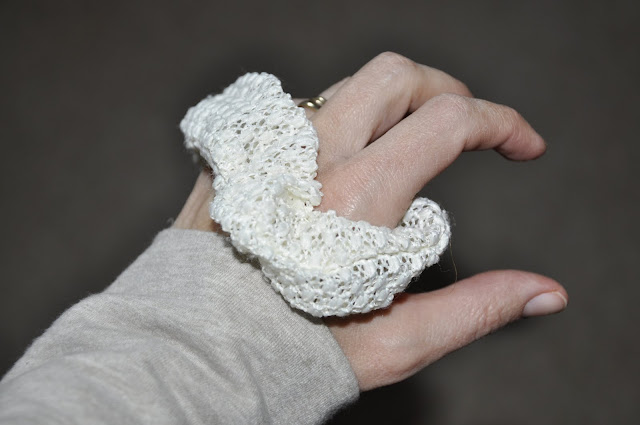 yes...a scrunchie....right there on my hand.
(Fashionistas....I will not be shamed...I still wear scrunchies on Saturday mornings.)
It had been several hours since the moment when first Lily burst through the front door, but there was the scrunchie STILL on my hand which I had been in the process of bringing up to my hair to tie back the tangles.
Life interrupted.
I decided in a burst of sentimentality that I would leave it on my hand, just like that, just like I was about to grab my hair into a ponytail, until we went home that day.  At that point, I still expected to go home that day. And the scrunchie was my reminder.
As I was sighing at my sentimental pledge, Lily sat up in the hospital bed in a rush and threw up.  She urped all over herself, her hair, the bed...and my scrunchie.
I threw the scrunchie in the bag with her cut up clothes...yes they do cut the clothes off of you in the ER.
I am sentimental.
But I have my limits.
(Note:  this picture was taken after the scrunchie had been properly laundered.  All of these photos are reinactments.  My camera was home where it belonged.  I did not revomitize the scrunchie...you'll just have to imagine.)
Lily was soon transferred to Children's Hospital in St. Paul, where we had a five night, six day stay as she recovered from a skull fracture and a concussion.
When I went home for a couple of days later, I noticed this on the dryer:

It must have come home in a bag.  It was a reminder to thank the Lord that her neck wasn't broken and her injuries were recoverable.  Thank You! 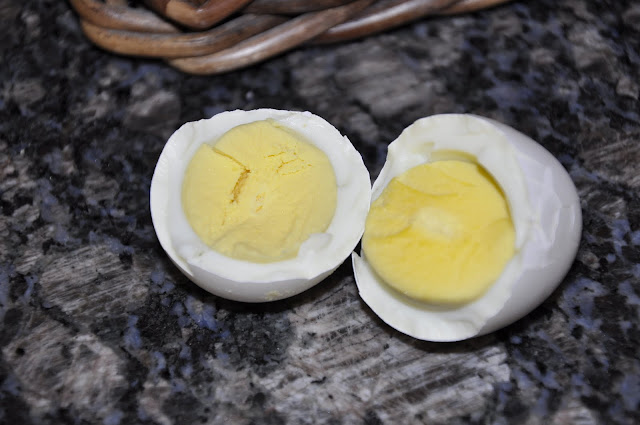 And it turns out that leaving six dozen eggs in a hot water bath all day
(thankfully Tim remembered to turn the burner off as he followed us a few minutes later) results in perfectly done boiled eggs....
which we never did dye....
or eat for that matter...
but they were perfectly cooked...
not a bit green!
Who knew?
So that's the recap.  I took a few pictures on days 5 and 6 that I'll post soon.  Lily is doing fine now and sporting a cute new hairdo which she loves to show people and which is easy to fix and comb out.  She is back to preschool and will be restored to full activity in a few weeks!
We want to say thanks to all who prayed, brought meals and gifts, carpooled, visited and generally supported us.  And a grateful, humble thank you to the Lord for letting us have Lily home and well.
Others have walked a darker path, and we don't forget that, not for a minute.
Posted by Suzanne at 9:07 PM

Not kidding at all! I have five kids...they each get to decorate 10 or so...leaving a few for Tim and I...and a few always get cracked in the cooking process which I make into egg salad. Doesn't everybody do six dozen eggs?

Suz, it's Lisa. You do an incredible job of finding the human and the humor in the most traumatic of experiences. I smiled a couple of times during this post, but mostly, I just got upset re-living it through your eyes and words. Doesn't it make you appreciate the EXTRAVAGANCE of God's goodness and grace, how blessed you were to have received Lily in the first place, and how doubly blessed you are to have her still? We just don't thank Him enough for the riches all around us. You've given me better perspective, my friend. Thank you.