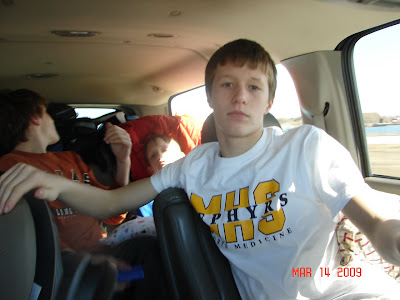 Spring Break 2009! You can tell from Andrew's face...we were all thrilled. Just kidding! Truly, we were all really excited to go skiing after a year off, and hey, who's not up for a 17 hour family fest in a crowded suburban through the whole length of Nebraska...and beyond!

Princess Ariel (a.k.a. Lily) was in good spirits for the camera! 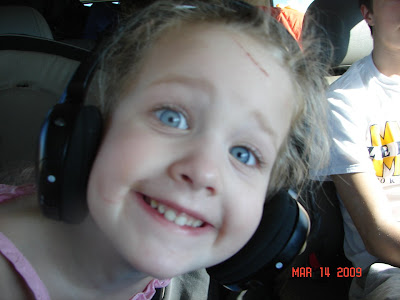 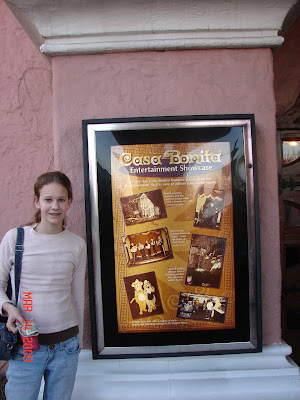 Katie is standing next to the Casa Bonita sign in Denver...There was a little bit of shall I say...angst...about whether we should take the time to stop here at this memorable Mexican theme restaurant when we still had to get through the mountains that night, but when Andrew (who was voting NO not to go to the restaurant) said that he remembered it from several years back, it was deemed worthy of another stop so that Timmy could also be amazed by the cliff divers, cave tunnels and very mundane yet remarkably expensive mexican food. 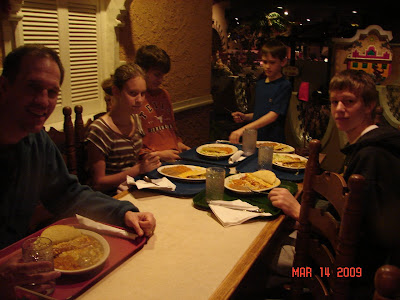 Timmy noticed that although we all ordered different meals, they all looked the same!.... 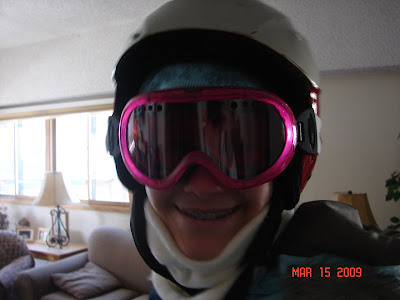 Here we are at the condo in Breckenridge getting ready to hit the slopes on the first day. The first day of skiing is always traumatic what with getting everybody situated with their gear....apparantly altitude can make children suddenly grow three sizes so that they can't fit in the boots they wore last week! Did you know? 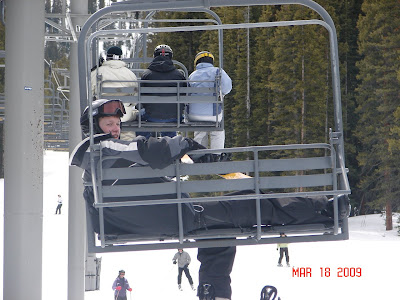 For some reason, we missed getting pictures of Andrew boarding this year. He's a fantastic boarder...but here he is being cool and pretending he doesn't know us. He's only looking at us in this picture because we MADE him! Can you feel the cool? 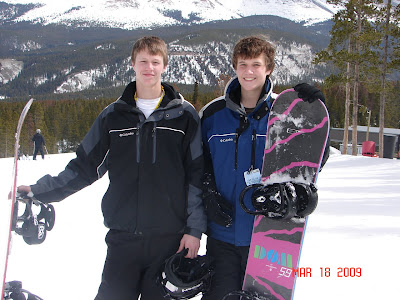 Two Snowboarders ready to bomb the hills! And they did go fast! 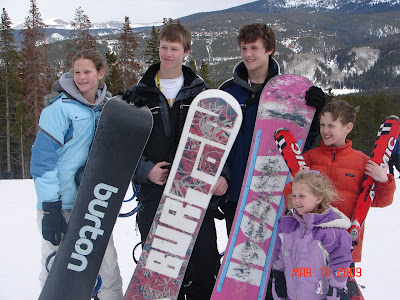 We had the kids' pictures taken mid mountain...turned out pretty well, although a little too much snowboard in the pose...and Timmy had one eye closed in every picture! 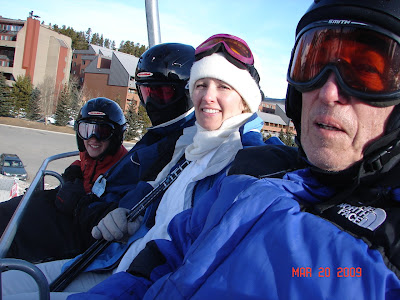 Me, Timmy, Zach and Tim's dad Lindy on the chairlift...I hate it when people take pictures on the chairlift....I believe that everyone should be hanging on to the handlebars and not moving unnecessarily. So I always try to make sure my eyes are open so they don't prolong the photo shoot. Timmy catching a little air at the terrain park. 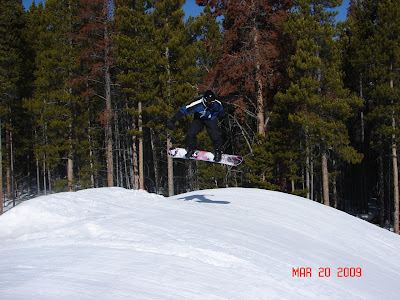 Zachary catching a lot of air at the terrain park. Like I said, Andrew does it just as well, but we didn't have the camera with us when he was doing it. 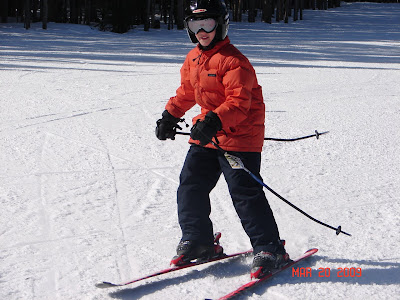 Good Tip: Always dress kamakaze boys in orange...helps you see them as they whizz and then crash in the trees! Timmy especially needs to be watched. I finally had to explain clearly to him that the ropes with the orange flags hanging on them meant that he should NOT ski under them. His reply: "They just put those there because of the creek down there, but it was no problem!" 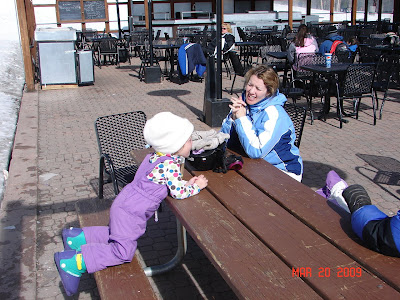 "Should we have cocoa with whipped cream?...or cheesy fries with a side of brownie?" This is the real work of skiing. 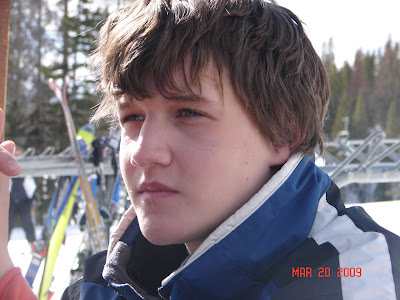 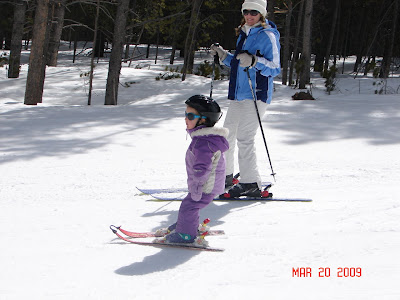 The Princess Skiis! (I'm referring to Lily not myself.) 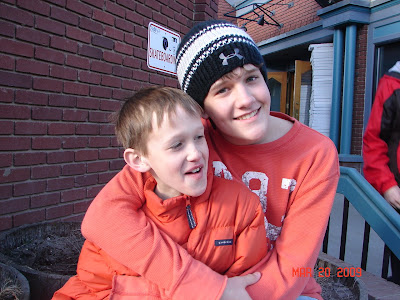 Waiting for a table at the pizza place the last night....don't let the sweet angelic smile fool you...he's either grabbing Timmy by the you know what or about to... 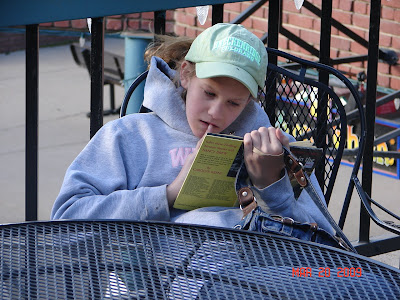 Yes! My genes are in there somewhere!....reading a book on the street...I love it! 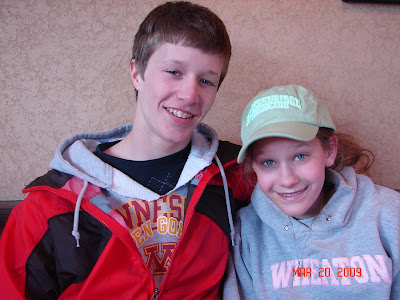 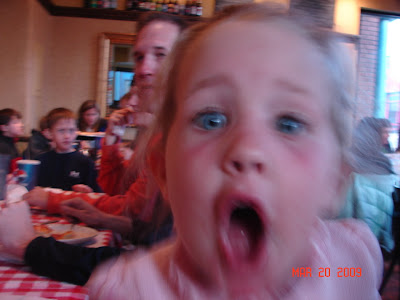 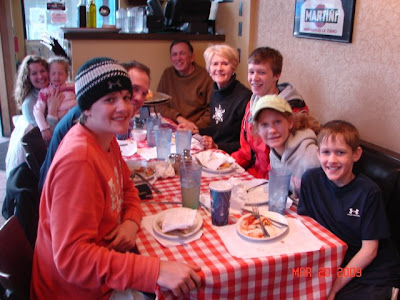 Great Pizza with the Family...a fun last night in town!


Finally, our thanks to Tim's parents, Lynn and Linda for a great week of skiing and hanging out! 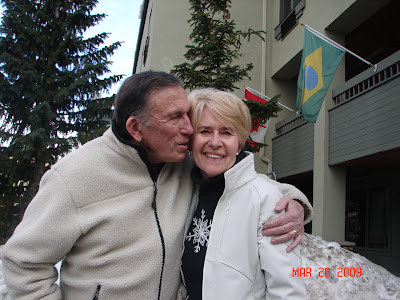 I just think this is the sweetest picture.

Help me somebody...I write this lovely draft with the words wrapping around the pictures and it looks so nice, and then when I publish it to the post, my margins go haywire and I have to spend more time going back and trying to make it work than it took me to write it in the first place! Any advice?
Posted by Suzanne at 5:10 PM

Hey Suz ~ Fun to see all of your pictures ... looks like lots of fun! Your captions were especially entertaining!!! P.S. Thanks for the hug tonight ~ I needed it :)

Loved reading about your adventures. I again state that I'm not sure I'm ready for my boys to get older. Will stay away from all cliffs, mountains, water, and other boy hazards. :) Making me get excited for our family vacation we have planned for May. Also love that your extended family does trips. Gotta get Linda to talk to my mom about that.

My margins go haywire too. That's why I generally center all of the pictures. But, before you publish your post you can click to see your post draft...Try that and then you can correct spacing and what not.