Stories of Sanibel: Pale and Pierced

We were blessed beyond measure to get to take a break from the Minnesota cold, snow and ice and travel down to Sanibel Island in Florida for a little much needed thawing out.
Last year, you may remember, Lily, Katie and I met up with my mom and enjoyed, thoroughly savored, Disney World.
There was no way we were going to get away with that boondoggle again so....
we planned a vacation to Sanibel, and eleven year old Timmy made the cut this year because our spring breaks all aligned.
Plus he would have withered to dust from sorrow if left behind...
The two older boys and my husband Tim stayed behind for the boys' high school basketball games.... if they lost they'd be done and they'd hop in the car and head down...but we girls didn't know when we caught our plane out whether they'd join us or if it would be just us girls again....
oh...and Timmy....I keep forgetting...
He was perfectly willing to be counted among the girls...
if it meant he got to fly away from the longest winter ever.
This time....
Now TELL ME THIS!  Have you EVER seen a face more waif-like, more needing of Florida Sunshine than this one?
Get this girl some VITAMIN D!!!! 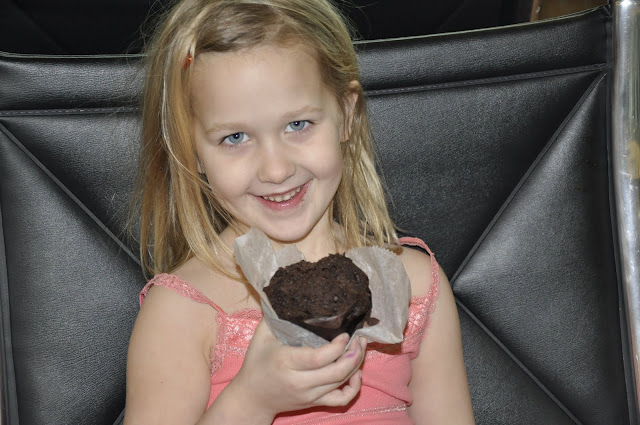 The first morning of our vacation began at the airport with the requisite chocolate chocolate chip muffin... the same as last year on the way to Disney...
which once again she only ate the skin off of.....
YES you would think I would learn.
But they don't sell just muffin skins, so....what can you do?
And it IS the best part! 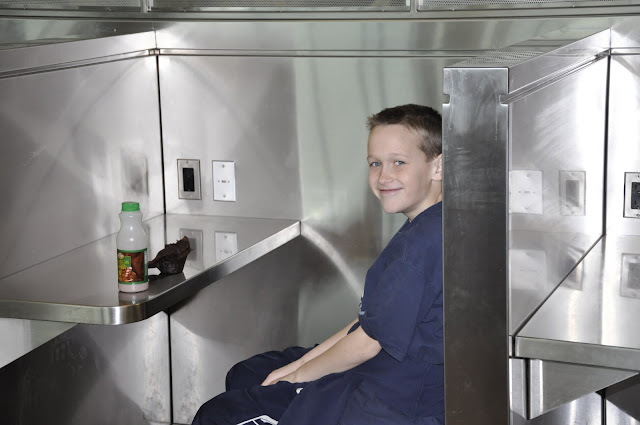 Timmy enjoyed his in stainless steel... comfort?...
WHO designs these things anyway?
It looks like it hurts to sit there! 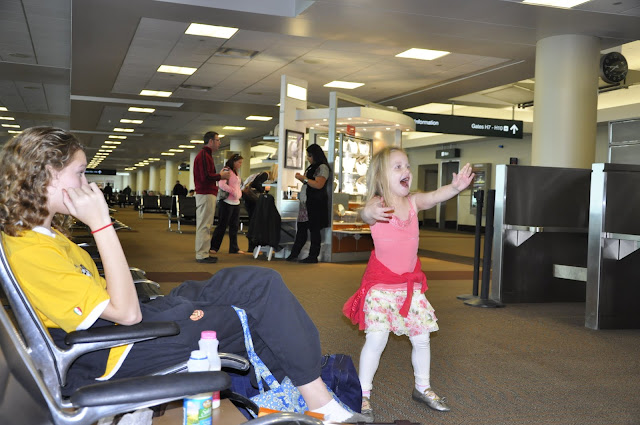 Then Lily felt it was the perfect time to practice her jumping jacks.
Right there at 8:30 in the morning in the airport. 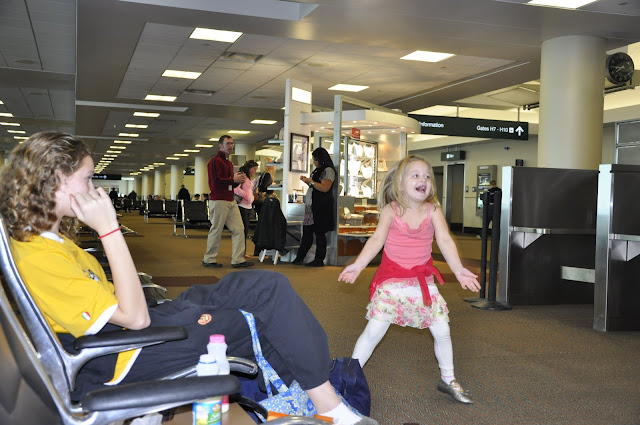 After initial mortification,
Katie realized that there was nothing she could do to stop  her.... 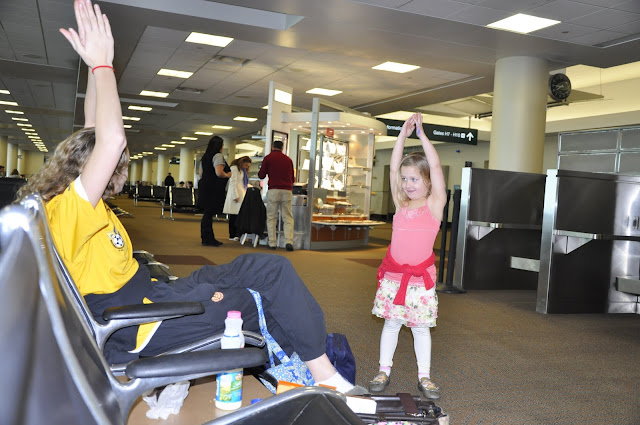 ...so she might as well try to improve her form!
Katie has gotten smart over the past year! 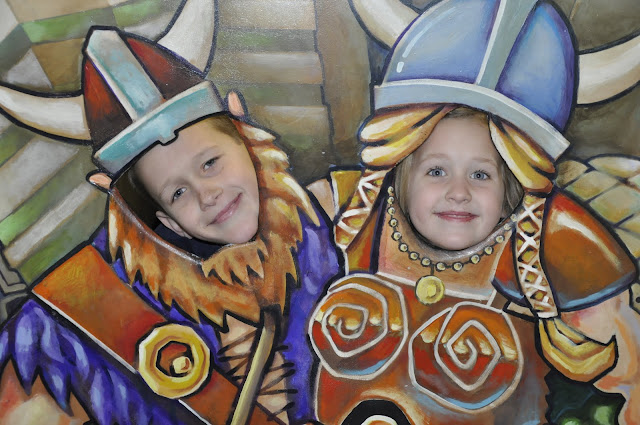 Their Viking ancestors would be proud! 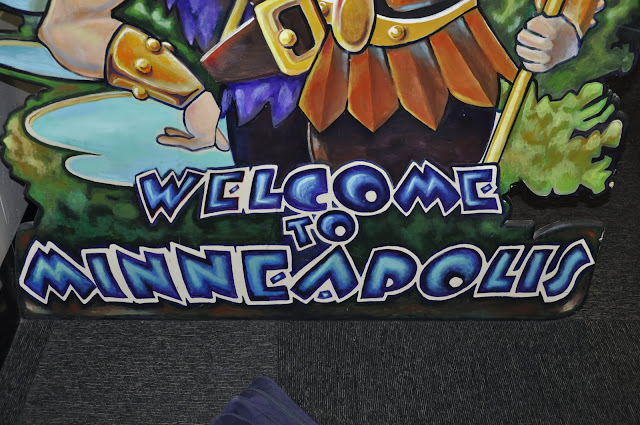 Welcome to Leaving Minneapolis...is what this sign says!
The "leaving" part is scratched in with the point of an ice sickle....
you know the kind that forms under your nose from the moisture in your breath when it's 30 below?
You don't know?
Lucky. 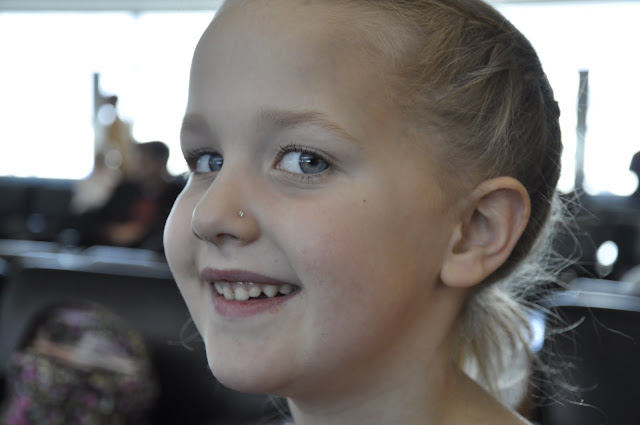 We waited for a LONG COUPLE of hours for Grandma Marsha to join our itinerary in Chicago...
So the kids entertained themselves with faux body jewels.
The thought of Grandma's face when she saw the nose piercing entertained the masses for quite some time!
I highly recommend a package of body jewelry for keeping things lively! 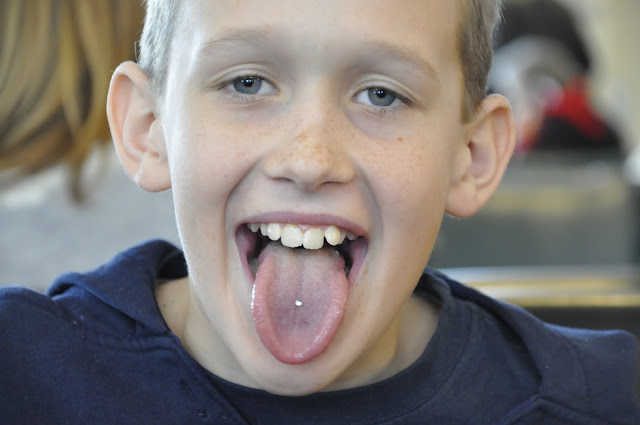 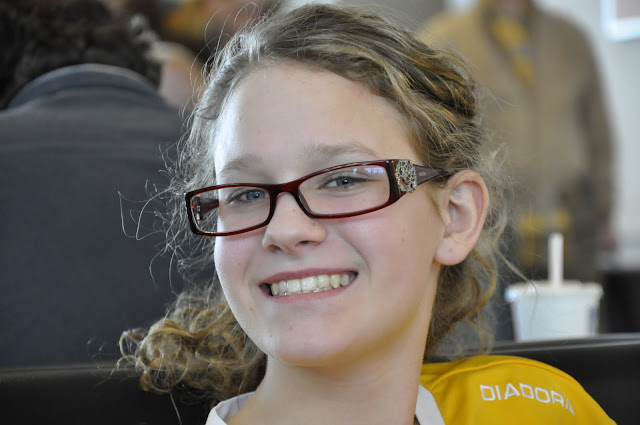 You can't see Katie's "nose piercing" very well in this picture, but that was on purpose....I wanted no record for her to look at...
cause she liked it way too much,
so I said...."OK GAME OVER.  PUT THEM AWAY NOW!  NO MORE! STOP IT NOW!" 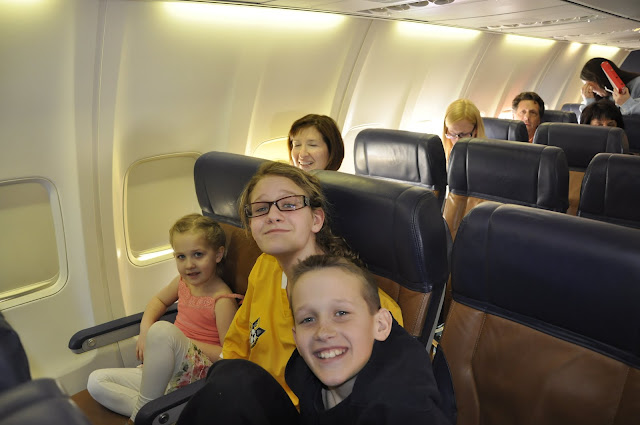 Grandma, wise Grandma, (sitting behind the kids) said nothing and  just kept her eyes shut until the adhesive wore off! 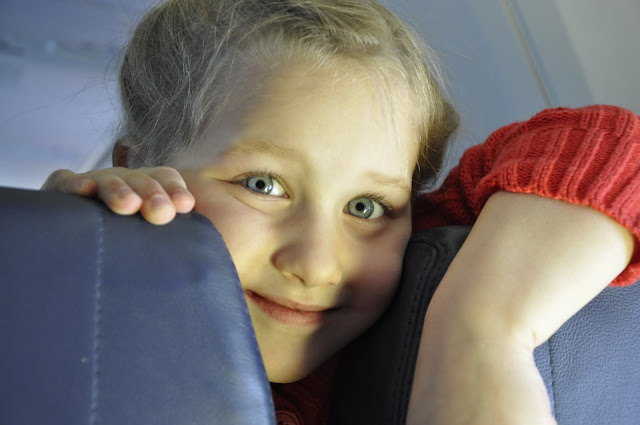 ...and given the excitement at even the thought of sunshine and sweat....
we were all "unpierced" before the plane took off.
And now...a preview to tomorrow's post....what happened that evening which could possibly make Lily's face go so awry? 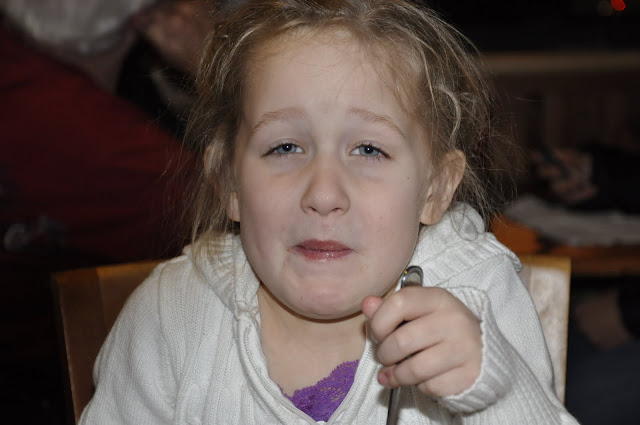 You'll just have to wait to find out!
I hope I do a better job of getting these written than I have the last six months, or you'll be waiting a loooong time.
No...I know you want to know...so I'll reveal the source of the sourpuss face tomorrow.
Good night all.
Posted by Suzanne at 10:13 PM

Email ThisBlogThis!Share to TwitterShare to FacebookShare to Pinterest
Labels: Stories of Sanibel, Vacations