Well, it took me almost a month, but I finally wheedled permission from the boys to show you their first ever "dance" pictures.  This was a new experience for these guys...and for us poor...or should I say "poorer" parents.  THIS was not cheap!  And we have BOYS!  They both got new clothes, since neither owned a jacket.   In case you are old and wondering, the Johnny Cash look (all black) is very "in."  I know.  Because I asked a salesman at Macy's.  Because Tim took Zach shopping, and they came home with black pants, a black jacket and a black shirt to go underneath.  I was feeling like I should have been involved!  But not to worry, because it's the style now. I asked.  And the fuschia tie was requested by the gal in the fuschia dress.  Did I mention that it was a girl ask guy dance? 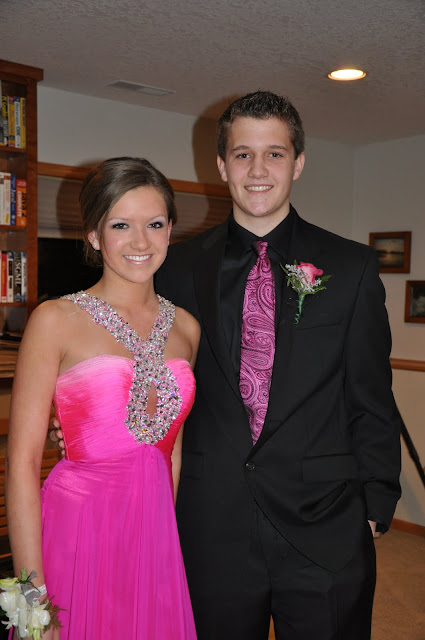 The boys were on their own ordering the flowers.  Until they mentioned that they ordered purple ones.  I didn't ask anybody anything about that one.  I sent them right back to the florist!  Zach wasn't too happy, though, because Andrew switched his order without telling him.  Apparantly Zachary felt that purple went with fuschia.  He might have thought that purple and fuschia were one and the same.  Boys. 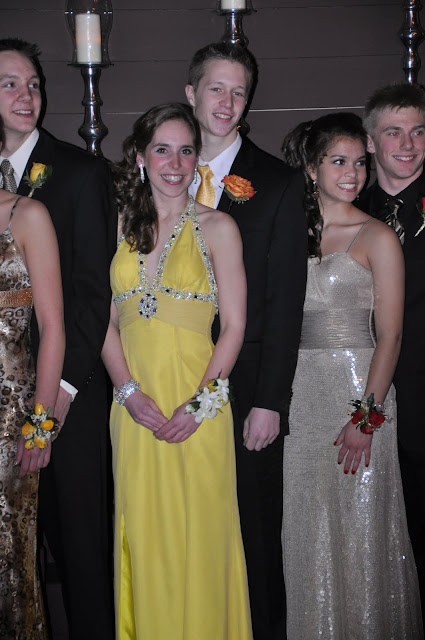 Andrew had it easy...he went with the white under the yellow...I think it was the right move.  I did go with him shopping mostly   because he decided two days before the dance that maybe he better have a jacket after all.  And when you procrastinate decisions and then decide last minute and need something...who do ya go to?
Mom. 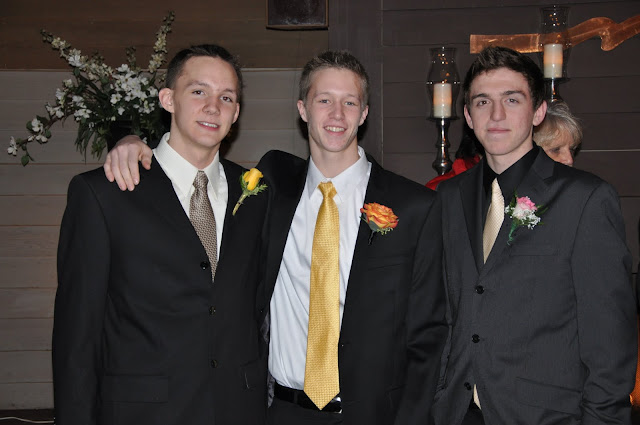 This was before the dance.  They let the parents hang out and take pictures at the golf club before they had supper there.  But we all had to leave before they dined.  We couldn't stay and join them.  We would have been happy to do that, but the invitation just didn't come.  Then the party bus took them to the dance.  We liked this arrangement because they just had to drive to the clubhouse on familiar territory, it was a big group and  I liked getting to see so many dresses.  They were very dressy.  That's all I'll say about that. 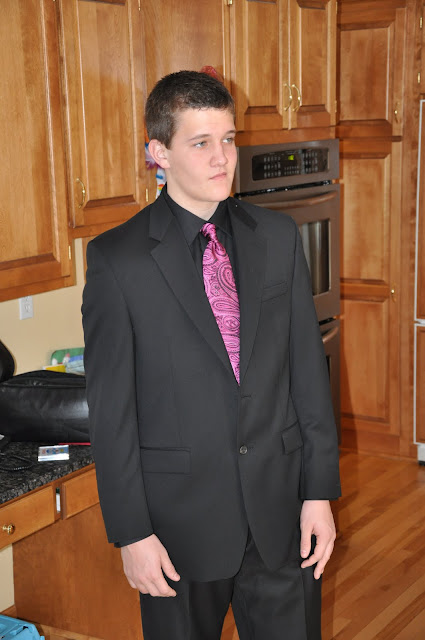 Here's Zach the morning of.  He felt he needed to do a dry run!  He's thinking to himself: "Could I look any better?" 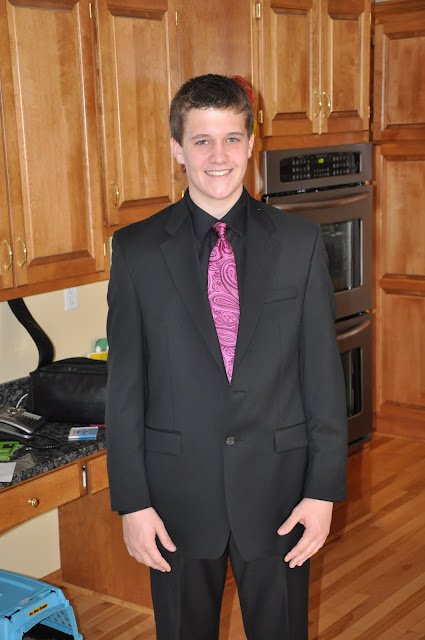 "NOPE!  I'm looking good!"
He also gave himself the highest possible rating on his self-judging of his pottery mug for pottery class.  In his words, "It was everything it should be."
This is just Zach.
Self-esteem...not a problem.  Reality?....JUST KIDDING!  I love this about Zach!
He did look fine.  Except that evening when he got dressed again, we noticed that his suitcoat was missing a button and his hems were coming out in the pants.  Macy's.  We weren't happy.  But it all worked out in the end, because Tim was able to return the suit!  Is that bad?  We told them he'd worn it.  What were we supposed to do?  So they offered to give us our money back.  Beats sewing in my book! 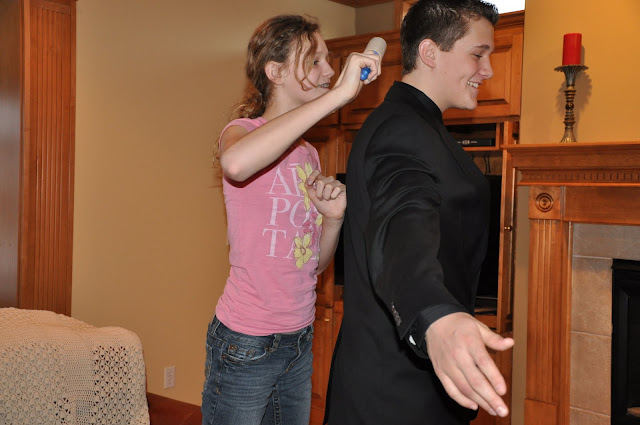 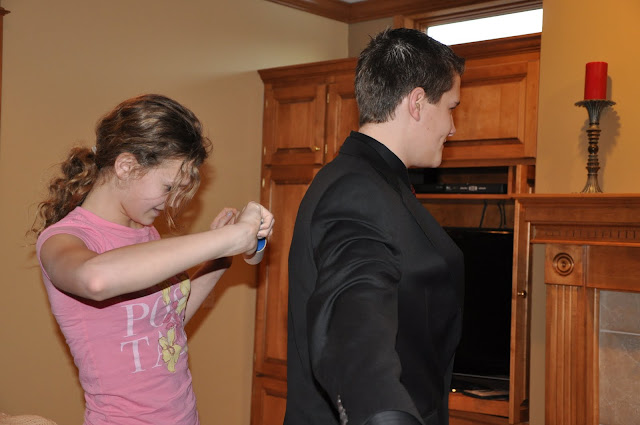 It reminds me of the monkeys at the zoo. 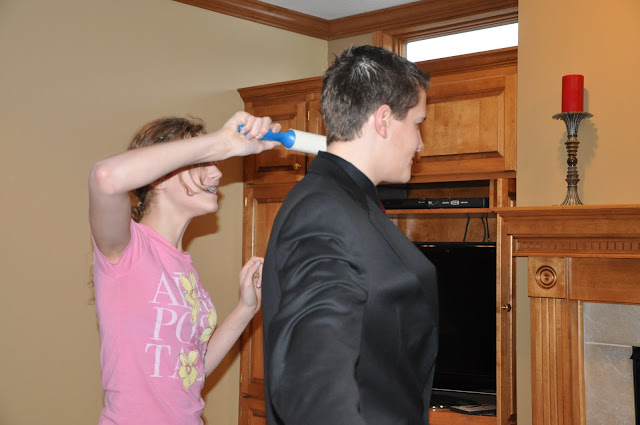 It must be very bonding when they pick the lice off of each other.  In this case it was just dog fur.
And in case you are wondering, lots of kissing went on that night!
...for Timmy 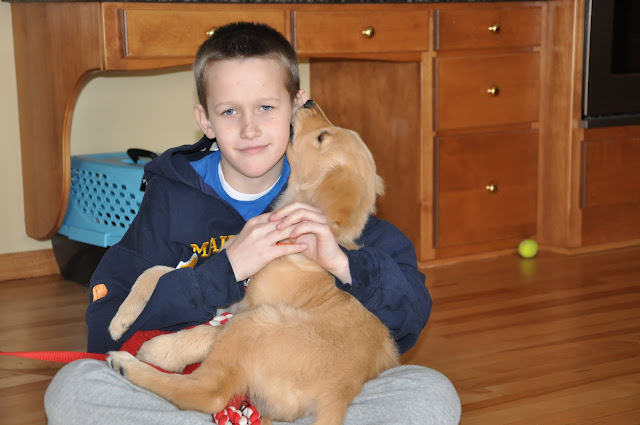 Andrew and Zach's dates were casual.... 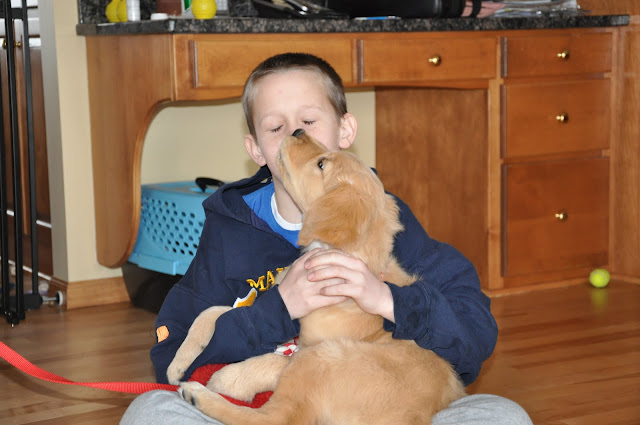 ...but Timmy is in a long term relationship... 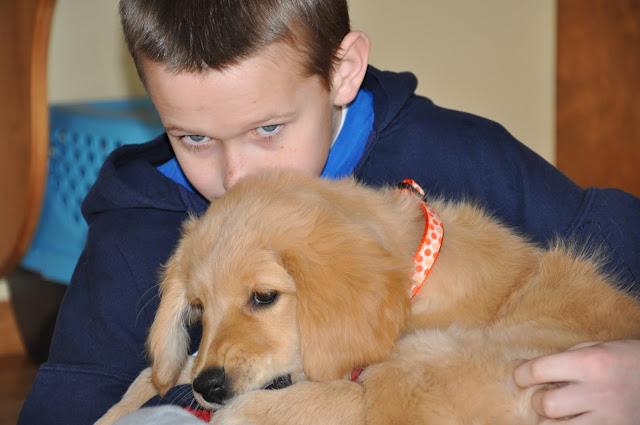 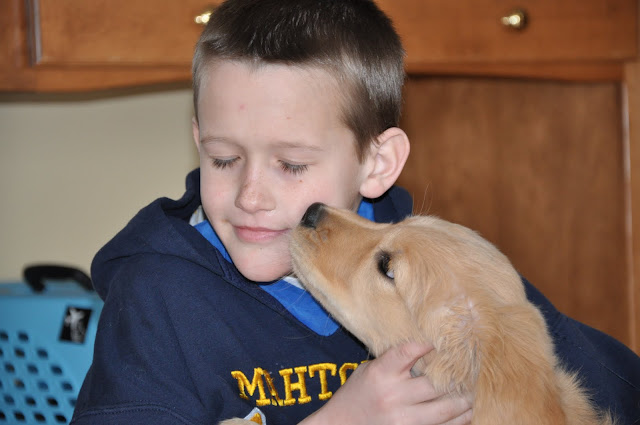