Great to have...painful to get.


Here's a passport photo taken at 6:30 am this morning: 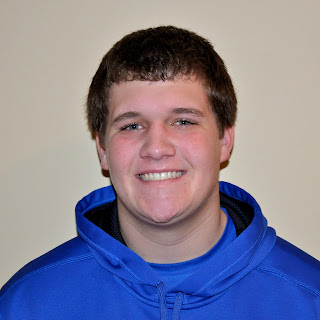 Isn't he handsome?
I've pretty much gotten over wanting to strangle him, body slam him or stick his face in a snowdrift.
(We finally got some snow...)
Ahhh, but I get ahead of myself....


We've had to acquire passports for ourselves or the kids oh, probably five times over the years.


EVERY SINGLE TIME something goes wrong.  Every time!
We are under a passport curse.


The first problem is..simply...us.  We are psychologically INCAPABLE of making long term travel plans.  Cannot do it!  SO, consequently, we are usually needing our passports in a three week window...which means two things...expediting and stress.  Sigh.


Then, there's the process which includes having, on my person at one moment in time,  EVERYBODY'S original birth certificates, expired passports with numbers and issue dates, social security cards, copies of all these things, checkbook, travel information (for expedited application), emergency information...it's enough to make me give up before I start and a SIGNIFICANT reason why we NEVER would go get them all renewed without a concrete need for them.


SO...we decided about a week ago to go on spring break in the middle of March.  There were only three weeks until departure, but no worries...that's standard operating procedure for the Lindquist's, and since only Andrew's passport was expired and Lily needed her first one...I thought "no big deal...I've got this," gathered my papers, hauled Andrew out of his sickbed and along we three went.  Turns out Tim needed to be there too and wasn't (here we go again) because Lily is a minor.   AND the icing on the cake was Lily had so much fun hanging out with Andrew and myself that she decided she was sick too.  With stomach flu going around, I wasn't going to argue!


(She was completely healthy, but who knew?  Still, due to her sudden "illness," I missed my hair color appointment. :()


The lady at the passport window took pity on me and let Tim come in that afternoon by 4:30 and sign without us.  Tough on Tim. Thank you lady.


Fast forward a week.  New hair appointment.  We got the confirmation from the travel agency and what to our wondering eyes doth appear?????  Turns OUT....to travel ANYWHERE it is necessary that you have a passport that doesn't expire for SIX MONTHS from your departure.


Unless you are Canadian. (Shaking head and blinking)


QUESTION...WHAT is the use of an expiration date then?  I cannot for the LIFE of me figure out why this rule exists!  If you know, do tell.


Bummer for us....THREE (being the remaining balance of our children) of the kids' passports were soon--TOO soon-- to expire!  Now we were/are just two weeks from departure.  Woe is me... Which brings me to today....


(...the day I was supposed to have my rescheduled 1:00 hair appointment for my dark dark roots...but not anymore....)


To save time (a trip to city hall) and money, I snapped their passport photos myself because the expedited expedited REGIONAL office in Minneapolis where you have to go to get a passport in LESS than 14 days,  doesn't take them...not for any price....


(Note:  don't do this...they are REALLY picky and were not happy with my shots even though I took them against my PALE YELLOW walls and had the proportions perfect.  They want CREAAAAM, not pale yellow.  I'm just the messenger here.) 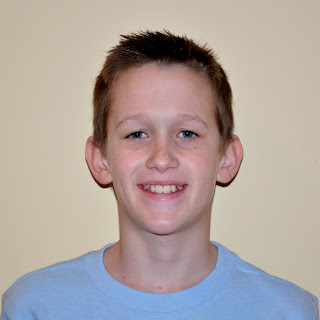 That background's cream.  Tell me that doesn't qualify for cream!
I can't show you Katie's picture taken at 6:30 this morning.
It would be grounds for matricide.
I respect her wishes...
and I want to live...
at least through spring break.

Of course in doing all this I ran out of ink and had to go to Office Max to buy ink to print the pictures...but hey...what else had I to do?  Then, because we are on such a time crunch, I had to have MADE an official appointment with the Regional Office (as I mentioned...downtown Minneapolis or Chicago...we chose Minneapolis), remember to bring the confirmation number or no appointment, get directions, TAKE the three kids out of school, haul not only all the documents, but copies (on standard white 8x11 paper nothing else) of all the documents and everything else I mentioned above and TRY to get this job done!


But today was my day.  THIS time, I was going to have EVERYTHING.  I was going to awe the Government of the United States of America with my organization and preparedness.  They were going to say as I walked off..."Now THERE'S a woman with her act together."  I could just see it.  I spent the whole morning, organizing, checking and reorganizing my piles.  Tim downloaded the forms and had them all filled out (after several phone calls).  I loaded the car with the documents and with snacks (no low blood sugar here!)  We were PREPARED.  1:00 was our appointed time.


Ahh BUT...foiled again.  It turned out that I had everything..... EXCEPT Zachary.  We waited, but he didn't appear.  We texted but he didn't respond.  We left without  him because the website said if we were more than 15 minutes late we had to start over with a new appointment.  HE needed to be there more than the younger kids because he's 17 and his signature is required....but I didn't know that then.


We were ten minutes late, and...shhh...I didn't pay the meter.  I didn't get a ticket, but the guilt is setting in.  Confession is so good for the soul.


It appears that Yearbook class was so riveting he forgot.


But it took me an hour nap to sleep off the adrenaline. This is how I felt: 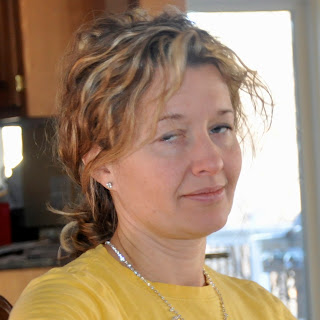 
And...  ...  ...  Zach and I are heading back to Minneapolis to the Old Federal Government Building tomorrow...


THIS time it's going to go perfectly, I just know it.


And I now have a third scheduled appointment for the hair--hey these things are important-- for NEXT Wednesday.
BULLETIN:  I am officially unavailable for any crisis on next Wednesday.
Call my emergency contact.  It's on all the passport applications.

Wow...that is horrible. My hair stands up just reading it, and I know if I was doing it, heads would roll...I wish our government was as efficient as they want us to be..that would be something.